For those who think that romantic comedies these days rely on too much skin to be sexy, then “Love & Friendship” may just be what the doctor ordered.  Based off a Jane Austin’s novel “Lady Susan,” this is a movie where men were gentlemen and ladies were proper.  They actually court one another and weigh the benefits of what a particular marriage will bring to their own lives (and, by extension, their families).  There isn’t any on screen kissing.  There is no sex.  There isn’t even any hand holding as far as I can see.  What there is though are lots of loving glances as well as sophisticated dialog to move the relationships forward.  This makes sense since this was based off source material that was heavy in dialog and character development.  That the book is this way is one thing, but to see it adapted so effortlessly into a movie is a minor miracle. 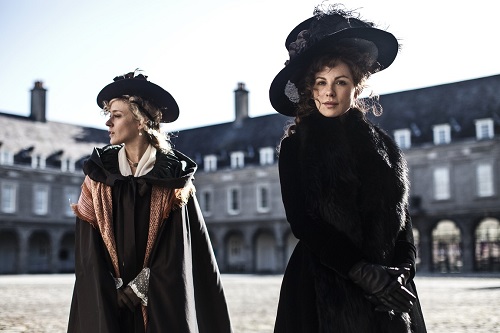 This is especially true since film is a visual medium.  This means that it’s best to show and not tell.  While great dialog is always welcome, too much talking can bog a film down and reduces characters to a bunch of talking heads.  In many ways “Love & Friendship” should fall into this trap in abundance.  Yet director Whit Stillman (who also wrote the screenplay) has a keen eye for when to pull back and when to push forward.  He decorates the settings and dresses the characters in ways that are visually stunning and pleasing to the eye.  He places characters within the appropriate proximity of their situation to heighten tension when it is appropriate.  It also helps that the center character in the story, Lady Susan Vernon (Kate Beckinsale), is a smart, captivating character who is very likable despite being a devious schemer to all those around her.  She is a widow who goes from house to house, living off the generosity of others. 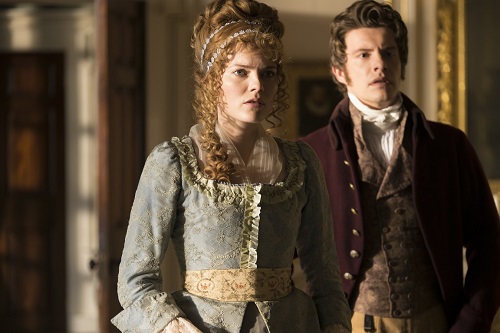 She is at the point where she knows that the kindness of her friends will not last forever.  She is used to a life of privilege and wants that life to continue for her daughter Frederica (Morfydd Clark), but she has no income of her own, and this is the 1700’s, where the idea of women working for their own money was a pretty laughable idea (she certainly isn’t going to make as much as a man).  Therefore, it is up to her to measure up the single men in her life, their circumstances, and make sure her daughter marries into wealth and privilege.  Chances are there are a many feminists who may scoff at this movie for being sexist and a relic from a different time period, but, well…it sort of is.  That’s also the main point.  It is true that women largely did not have careers of their own during this time period.  In a sense, finding a wealthy husband WAS their career, and they came out ahead if the man ended up being a nice fellow (of which many were not)! 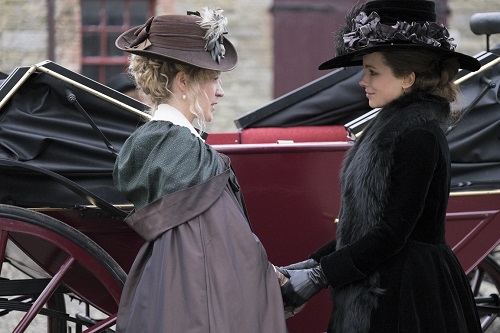 This is simply the reality of the times.  The reason I don’t feel “Love & Friendship” is as offensive as it could be is because the women do drive the story.  Lady Susan in particular is keenly aware of her disadvantages.  She knows where she fits in the food chain.  She also understands the class system better than anyone.  This makes her the smartest character in the movie, as she takes advantage of every weakness of the male sex.  It feels like you are watching a mind game of cat and mouse, where half the players don’t realize they are playing the game.  As for us, we – the audience – are the observers.  Often, we find ourselves amused by what we see yet we are rarely able to see where things are going.  This is a nice change of pace when so many movies in theaters are so formulaic.  This is a movie that costs less than a fraction of the typical summer blockbuster, fewer characters, and yet has a more engaging plot and characters than four of the top ten box office films combined.
.