I have to say, Netflix somehow managed to make my job both simultaneously hard and exciting at the same time.  I don’t watch the Super Bowl, but they dropped a bombshell this year that could have huge ramifications for the movie industry: The third installment in J.J. Abrams ‘Cloverfield’ series was coming to Netflix once the big game was over.  While I have made it known that I don’t watch previews in many of my previous reviews, I had no idea a third ‘Cloverfield’ was even in the works.  Yet in the span of fifteen minutes the movie was announced, titled, filmed, and ready for consumption.  Alright, I know it was obviously filmed in secret (as were the previous two movies), but it sort of felt like the film just came out of nowhere, and it redefined the concept of a “movie event.” 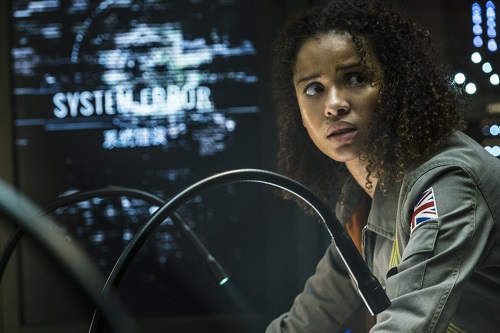 The unusual method of release is likely to be the only worthwhile thing to come from this though, as “The Cloverfield Paradox” is a very amply named movie that doesn’t know if it wants to be a mystery, sci-fi, or horror film.  To suggest that it is all three would be to suggest that it pulls them all off successfully.  In all fairness, there are a few things that are done right.  Like the other movies in this franchise, there is a wonderful mystery that is set up.  There are great characters that are all well defined and have personalities we are instantly invested in.  It is a good-looking film as well, at times making me more than a little disappointed that this came straight to streaming while passing up a planned IMAX release (a fact I was made aware of five minutes ago…what can I say: This release demands fast and rigorous reporting). 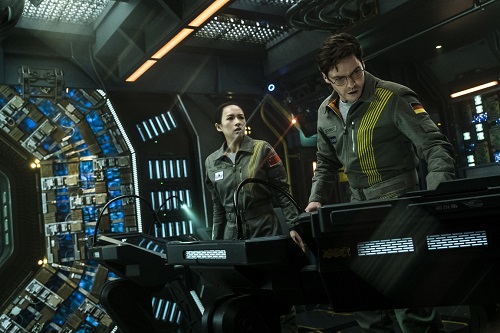 What is clear is that the ambitions of the movie may have been too much of a stretch this time.  Or, maybe, the problem is just J.J. Abrams storytelling in general.  I’ve long felt that the man produces movies and shows that have better ideas than they have payoffs.  Most of the time I watch something he’s had a hand in with great interest and excitement, until the bigger picture starts to become clear and the screenplay becomes stupid.  Thus, my visual comparison of “The Cloverfield Paradox” is that of a tightrope walker who begins his act with near perfection, only to be barely balancing by the time he gets to the end.  I don’t want to spoil why this is either.  Even though the end result is not something I would really wish on people, Abrams and his team go through so much trouble to keep the contents of these films a secret, that it would feel like a breach of client/patient privileges to say any more than I must. 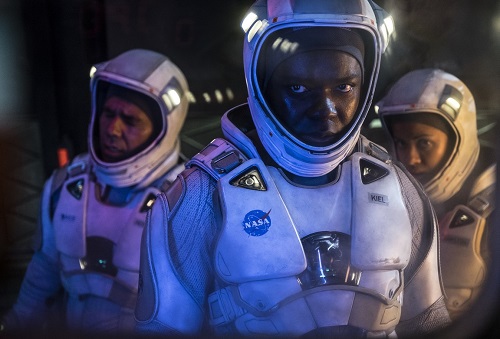 The problem then, I feel, comes in the fact that the biggest thing I can discuss is the shot gun approach to releasing it, which seems more and more like a way to save face in retrospect.  There seemed to be little reason for Paramount to keep delaying this unless they truly felt it was going to have toxic word-of-mouth.  So, they unloaded it onto Netflix to salvage what they could of the $45 million-dollar budget, Netflix gives it a historic release, and for a brief 24 hours we were all too distracted by the event to focus on the movie, which becomes bad in the most confusing of ways.  It’s not like there was nothing going for it.  As stated before the cast was excellent across the board, the premise was strong, and the direction was confident until the end there.  It just ends up trailing off because it decides it wants to do more than the premise demands, and then goes to places we just aren’t as interested in.  Also, yeah, everything becomes clearer, so the situation becomes sillier.

For me, the best moments in the movie come from the personal stories.  The first movie was ultimately about some kids trying to escape from a monster.  The second was about two sane people in a locked room with an unstable man.  This movie is about…random things that happen in space?  Honestly, I’m surprised that we got what we got.  Although, maybe I shouldn’t be?  Maybe the signs were all there?  A third installment of a successful series that gets delayed multiple times, banished to streaming services, and then sprung on an audience who has no time to find out whether the product was any good?  Something tells me the biggest paradox is how such a cool release strategy could have resulted in so much destroyed good will?