“Death Wish” is the kind of movie that works for the people who like these types of movies.  It is a checklist of action clichés that works for many in the world, which means it is likely to be very successful despite how little it tries.  It stars Bruce Willis.  His character is named something else, but since he does nothing but act like Bruce Willis, let’s call him Bruce so that I am saved the effort of having to look over my notes constantly.  He plays a doctor whose wife and daughter are shot at his house on his birthday.  It’s one of those situations where all the crooks wanted was money, but things get out of hand, so now they must worry about being hunted down by Bruce when the police inevitably show that they have no leads and too many cases to really arrest anyone. 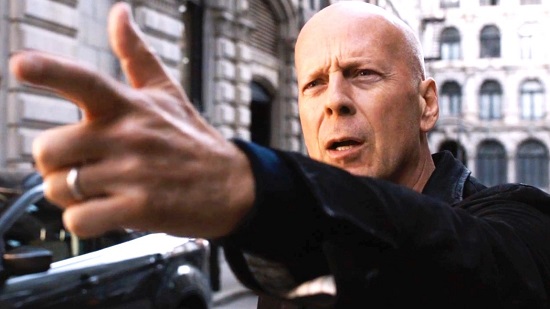 It is a movie directed by Eli Roth, who has a history of knowing how to direct a good action sequence while simultaneously not knowing how to make it emotionally compelling.  That is what “Death Wish” is: Action sequence after action sequence where random acts of violence fill the screen, but there is not much to be emotionally invested in.  Oh, sure, we want to see Bruce get out alive.  I think that’s just basic human compassion on display there.  What I don’t see is a compelling villain.  I don’t see antagonists who are able to truly match wits with a stranger who hunts them down.  Despite getting shot a few times, Bruce is able to be a doctor during the day, catch criminals at night, and not seem to suffer too much from stress or exhaustion.  It’s actually amazing how many times he’s got on camera without ever having his face seen (thank God for hoodies I suppose).


Now, for some, movies like this might not be a problem.  Most audiences are perfectly willing to pay to see Bruce Willis shoot a bunch of criminals and not much else.  For these people, “Death Wish” fills that desire nicely.  What about those that look a little deeper though?  What about those who look at Bruce’s brother (played by Vincent D’Onofrio), and wait for him to contribute to the story in a meaningful way (but never does)?  What about the detectives played by Dean Norris and Kimberly Elise, who are rarely shown figuring anything out?  Surely, the point of a movie like this is for them to so observant that they can figure out that Bruce is their ‘Grim Reaper’ while also not gaining any new insight to the criminals who murdered his family, but…they are rarely seen doing even that.  Why aren’t these characters actually used for some effect?  Rather, they seem to largely hang in the background, being obtuse to the situation surrounding them. 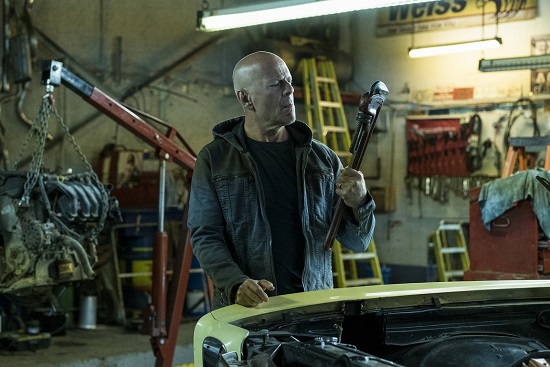 This isn’t a fun movie to pick on because it isn’t the kind that aims to be art in the first place.  I can understand why many will enjoy themselves.  It doesn’t ask much from the audience and the audiences, in return, won’t ask for much back.  It entertains for two hours and then is promptly forgotten.  For me, that results in a lack of stars.  It has to (the stars have standards, which this movie does not).  However, if you have a MoviePass (or any other subscription service) than I could think of worst ways to spend an afternoon.  That said, there are still plenty of Oscar-winning and nominated films, as well as potentially more ambitious action movies coming out in the coming weeks.  Also, “Red Sparrow” is playing next door, which does a lot more with the action genre than “Death Wish” does, so I can’t exactly give it a full endorsement either.