I Want to Write a Novel 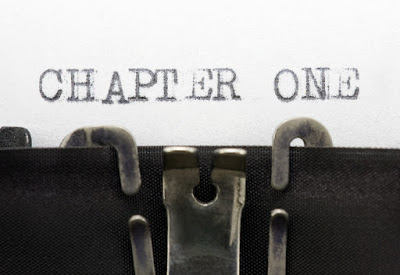 I want to write a novel.

There...I said it. No setup. No introduction needed. Just a simple statement on a current goal I have in life. In truth, I have written a novel. Two, in fact. They are unpublished though, which means that I feel that my goal has not been reached.  The first novel is one that was supposed to be the first in a ten book series.  While I can still vividly picture how all ten books would have played out, ultimately the first book had a weak ending that I was never really able to fix, and who knows if I would still have interest telling that story fifteen years after I first came up with it.  The other book was a coming-of-age story, in which a young woman befriends someone with Asperger's syndrome and is unable to get beyond that fact to develop a real relationship with him.  That book remains unfinished, and I wish I had managed to end it properly.

It might have actually sold.  It seemed to be working.  I don't know if I could put myself in the same mood I was in when I was writing it.  I could start a new novel, but I currently have no ideas.  Besides, my writing has changed so much.  It may actually be worse now than it was ten years ago.  Back then I wrote stories.  I wrote editorials.  I also jotted down random thoughts.  For the past several years all I do is write movie critiques, which are fun to read, but probably won't hold up as serious works of literature down the road.  I am still trying to complete a few of my Oscar books, but one wonders if this is all I'll be writing until the day I die.  Certainly I can do more than that, right?  Sadly, the answer is probably 'no.'  I started reading Truman Capote's "In Cold Blood" yesterday, and was instantly taken aback by how wonderful the prose was.  I have marveled at the interconnecting stories of multiple people.  I was immediately swept up in what I knew was going to be a captivating thriller.

It's the kind of book that shakes a writer and makes him want to get back to his keyboard and say something of value.  The problem is, the 'value' that I want to share isn't worth much, and I don't know what story to put it to even if it was.  I have contemplated writing a book about my minor success as a YouTuber, but that is more of a vanity project than a true piece of literature.  Besides, with ebooks costing as little as $1 these days, I wonder how many great stories are simply lost in a sea of cheap downloads, and I know my story (whatever it would be) would be unlikely to catch anyone's attention.  I tell you all this not so that you pity me, of course, but that you understand that sometimes we bloggers have huge ambitions, and some of us know our limitations too well.  That's not to say I may not try to write another book at all.

On the contrary: I may start making notes the second this goes up.  No, I tell you this because I think it is good for a writer to always be honest.  I may not write Pulitzer-winning pieces, but I do have readers, and one of the best things about writing is that authors have a special relationship with those readers.  Many of them have written and asked where have I gone?  Am I done reviewing movies?  Maybe...it would sure seem so.  However, I don't believe I am done.  I think I just need to write other things for awhile.  Remind myself why I do what I do, and seize new opportunities.  Where this leaves iCritic I have no idea.  Maybe it will return someday.  Maybe it will return when "Avengers: Infinity War" comes out.  Or, maybe it will inspire me to write a novel about a film critic with writers block.  You never know.

All I know is that I want to write a novel, and I think I need to do something about that before it drives me crazy.
Tweet