"Blue is the Warmest Color" Review


Watching a movie like “Blue is the Warmest Color” is to invite a flood of emotions upon you that are difficult to ignore. Most of us have had experiences of confusion, passionate love, and discovering of our self-worth during a difficult time, themes which are all present here. The movie has gained a reputation because it is about lesbians and has some extremely explicit sex scenes. The film also happened to win the prestigious Palm d'Or at the Cannes Film Festival and received high praise from people like Steven Spielberg for being emotionally touching and beautiful. I don't normally bring other people's opinions into the reviews I write, but I bring them up now because without these accolades (and the free critics screening pass I received) there's a good chance I would have missed out on something really remarkable. 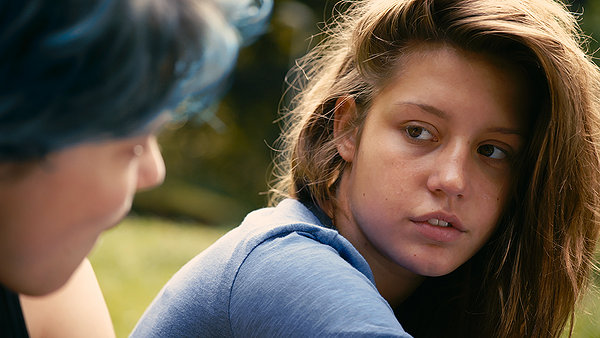 The film follows two lovers named Adèle (Adèle Exarchopoulos) and Emma (Léa Seydoux) who come from different worlds. Adèle is a high school student trying to find her way in the world and just discovering her budding sexuality. She likes both boys and girls, but she finds the girls tend to make a more lasting impression. Like all kids she is still trying to figure out what she wants out of life. Emma is an adult artist who has long come to grips with who she is as a woman and finds herself drawn to this timid girl. The two begin a relationship which is raw and passionate, as they love each other as if it were their first time being in love. Well, okay, for Adèle it IS her first time (Emma has had loves before)! The two do everything together and develop a relationship as the years go on, but that relationship seems to come at a crossroads later on in life. Adèle ends up posing for some of Emma's artwork and helping her out with her events, yet she oddly feels alone. 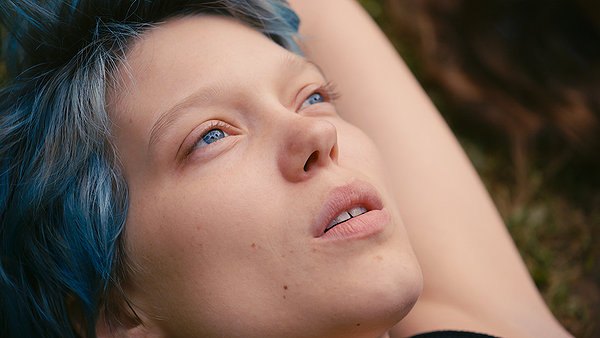 She was never prepared to be in a world where people would favor her girlfriend to the point where she would feel absolute (and in some ways like a prop). Emma likewise loves Adèle but finds her to be too needy later on. She recommends Adèle pursue a life passion of hers so that she'll have something to do when she's alone. Adèle gets a job teaching preschoolers and seems marginally happier, but the fact that Emma suggested it makes it feel like she wanted to get rid of her for some reason. The fact that she's not as mature as the people who surround Emma at her shows is also not lost on her. The sex is passionate though, which should matter right? Well, no, it doesn't really. The movie never goes as far as to say that the two never enjoy having sex with each other, but it is strongly implied that this is possibly the only thing they have in common later in life. Since we're on the topic of sex, I do want to chime in that, yes, I believe these sex scenes go on too long. 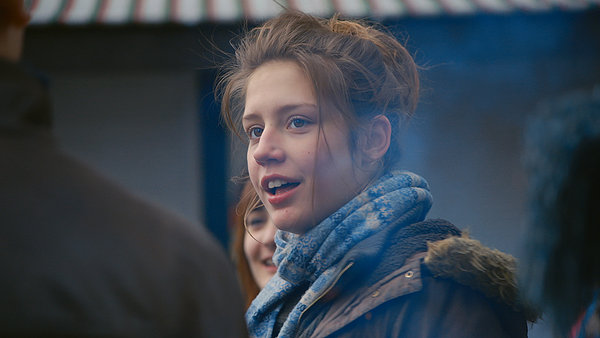 Yes, I can also understand why some of it is necessary. If the sex scenes were to be taken out altogether I question whether some of the subtleties of the later scenes would have worked as well as they do because we know these two people have a strong passion for each other. That said they just go on, and on, and on sometimes. There's no reason for these scenes to get close to the ten minute mark and there's certainly no way that having about a half hour of the film be devoted to these scenes makes the directors point any stronger. I also am a little troubled by the fact that director Abdellatif Kechiche seems very interested in Adèle's body, as he shoots several scenes of her sleeping in suggestive poses or is fixated on her butt. The reality is his attention should be on her face as this is a great actress in the making. Her emotions for every scene are shown clearly on her face at all times, and she feels like a person rather than an actress playing a role. 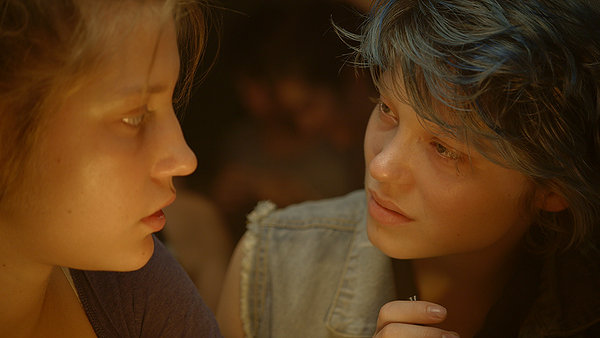 Mark my words: This woman is going to be a star, so don't be too surprised if she gets nominated for a few awards near the end of the year. Finally I have to comment on the fact that I am a Christian and as such I did find a lot to disagree with in terms of the romance and sexual content. That said, “Blue is the Warmest Color” really was an emotional experience. It goes on for three hours and I could have probably watched it for another three without any trouble. It is a powerful movie of first love, finding your place in life, and having to build it over when certain things come to an end. I therefore have to admit that the movie accomplishes pretty much everything it sets out to do and I must recommend it on that level regardless of my personal issues with the morals of the film.

P.S. This film is rated NC-17 but some theaters are considering ignoring the rules of the rating and letting older teens in to see the movie since they might be able to relate to it. This is not a good idea as not only is the content much too strong for a teenager to really comprehend, but I feel many of the themes are better appreciated by adults who have the gift of hindsight at their disposal.