I suspect if it weren’t for the fact that this is the first we’ve seen of Kevin Spacey on screen since multiple sexual assault allegations were levied against him, “Billionaire Boys Club” would come and go without much notice.  It might have made a few million on the opening weekend and made a decent run on VOD on and BluRay, but few would discuss it as extensively as they are now.  While it can be debated whether this is the kind of discussion you want surrounding your film, there is a hard truth that many might have to come to terms with: Spacey is the stand out performance in an otherwise ho-hum movie.  He isn’t on screen much, but he knows how to play an effective bad guy, and he provides something tangible in a movie that is almost as empty as the promises made by the young men who devise the ‘get rich quick’ schemes that ultimately bring them under themselves. 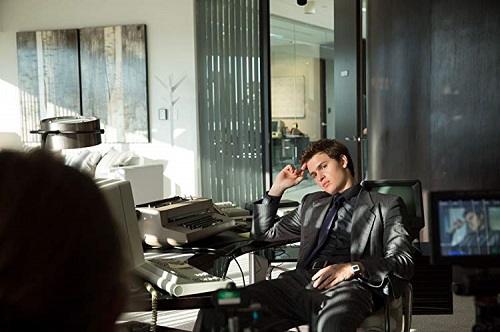 It's based off the true story of Joe Hunt (Ansel Elgort) and Dean Karny (Taron Egerton), two young men who wanted to grab the world by the balls and make their fortune.  Both come from poor backgrounds and are determined to make their own American Dream come true.  If the story sounds familiar that’s probably because it is; many reach for the American Dream and many more fail to achieve it (or even come close).  The whole ‘pursuit of happiness’ the forefathers promised is always that: A constant chasing of the carrot, with few being able to figure out the trick to getting it.  Of those that do grab it, at least half will have done so by cheating, stealing, swindling, or doing something that lies somewhere between unethical and illegal.  Even their biggest donor figures out early on that the two men might be cooking the books somewhere, proudly proclaiming “I’m from Wall Street kid; you don’t become rich playing by the rules.” 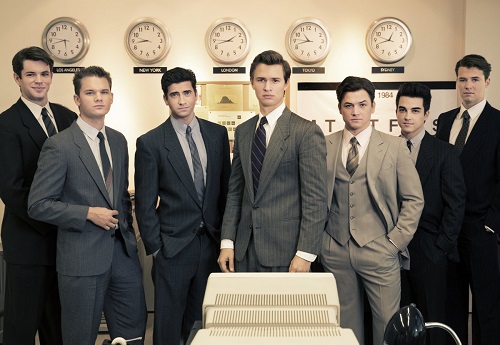 It’s a story that is told often because, when done well, the final results can have a lot to say about who we are as Americans, where our values truly lie, and how the law is always just a little too late to the party to truly prevent any real damage from being done.  A few years ago, Martin Scorsese gave us probably the best film on the subject with “The Wolf of Wall Street.”  I didn’t expect James Cox to match that masterpiece, per se, but he did have to at least make something that was comparable.  Instead, he gives us a movie that is fairly routine and by-the-numbers.  The young cast are clearly having a good time and doing what they can to show that they are the next big things in town.  They are never convincing as being manipulative con men, which calls into question how they are able to pull off the multiple bogus deals they do, but I’ve seen their potential in better films before, and nothing here is so damaging to suggest they will have trouble getting work in the future. 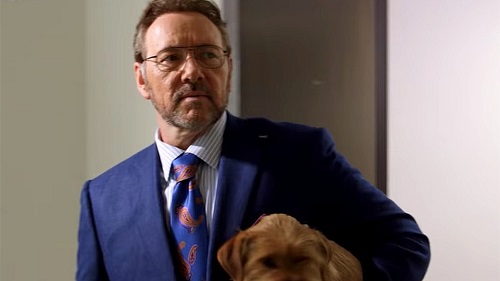 Even Emma Roberts is good as a slighted girlfriend who clearly doesn’t fit into her boyfriend’s dangerous world.  True, it’s a thankless role, and one that is likely to fuel the debate of how women are portrayed in film, but a true professional does the most with what they’re given, and Roberts takes what she’s got and runs as far with it as she can.  What will infuriate many viewers is, again, that Kevin Spacey plays a small but key role here, and that he is also the best thing about the film.  I’ve written about film for long enough to share my thoughts on the ‘art vs the artist’ debate that has raged for many years, but never before has the public been so unforgiving towards terrible people and the good works they create.  Granted, on a whole, “Billionaire Boys Club” isn’t a very good movie, so it’s easier for the public to ignore this one should they so choose. 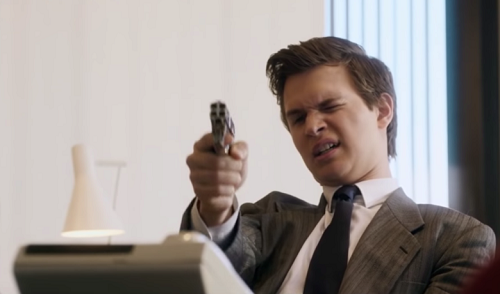 What is going to be harder to swallow is the reality that we have a widely despised actor, who many people want to pretend have no place in a film anymore, come in and basically show that – if given more effort – “Billionaire Boys Club” might have been better.  Or, it highlights the fact that when an artist is truly great at what he does, he can elevate mediocre material.  I don’t know what pill is tougher for audiences to swallow at this point.  What is clear is that with a mere 10 theater release count (and a high focus on streaming), “Billionaire Boys Club” is likely fated to be a mild curiosity in the long run.  Should Spacey never make another film it might prove to be ironic film to watch for those who (inevitably) decide to study the actor’s long career.  For me, it’s just another entry into a genre of film where young men commit fraud to better themselves, only it doesn’t have the character depth or social awareness to be worth watching again.