"Avengers: Infinity War" is the first of a two movie finale that is the culmination of ten years of synergetic marketing coming to fruition.  When "Iron Man" hit theater screens in 2004, it was seen as a new, fun type of action movie.  One with a lot of heart and a great comedic lead by Robert Downey, Jr., who instantly became one of the most bankable movie stars overnight as a result.  Since then Marvel has produced a few dozen films.  We get two a year (sometimes three) from them themselves, and you can throw in a couple more if third party studios who are holding rights to select characters that were sold by Marvel to stave off bankruptcy wants to use them (which - to be fair - most do).  This has become known as "The Marvel Cinematic Universe," where characters from multiple films share the same universe, occasionally meet with one another, before finally all coming together in one giant expensive blockbuster to fight a great evil that wants to take over the world. 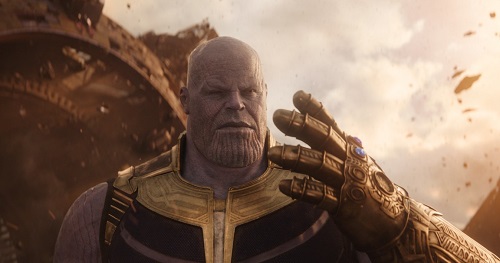 Rinse, repeat, take in billions of dollars.  It's a formula that looks great on a spreadsheet, but I've been concerned about where this all leads in terms of creativity, as I've felt a certain sense of Deja vu, where characters tend to being doing a lot without much being accomplished.  Producer Kevin Feige has promised that "Avengers: Infinity War" was going to be the 'biggest movie' the studio had ever made, which would lead into one more film that would bring down the house and bring a definitive conclusion to many of the characters we've come to love (before getting into 'Phase 4' and starting the process all over again).  The problem with this is that we have a movie that is half of what it is intended to be, and, in essence, there is no possible way to properly review it because the payoff is still unknown.  Those buying a ticket are not being treated to a three act structure; they are getting episode 19, which is two episodes before the end of the season. 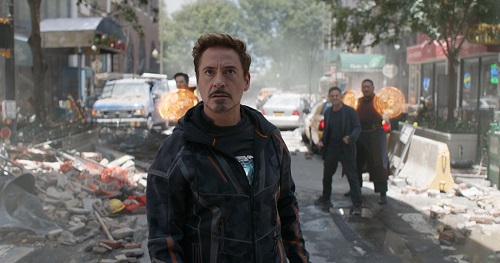 I suppose there is little to do than just accept that it is what it is (and Marvel fans certainly don't have any issues here), but in the meantime, what we do have is so far keeping in line with Feige's promise: "Avengers: Infinity War" has the most characters I've seen in a movie in a long time, there are lots of special effects, and the stakes have never felt higher (whether they will be is a question we won't have the answer to until the next film).  What did surprise me is that the main focus of the film is not Iron Man, Thor, or Spider-Man, but antagonist Thanos (Josh Brolin).  Thanos is one of those villains that has "classic threat" written all over him.  He is big and powerful, cunning and swift, and instantly intimidating.  In the very first scene he's in he manages to kill off a beloved character, take down the Hulk, and obtain a powerful weapon within the first ten minutes.  It sort of reminded me when we first met Darth Vader, and how we were immediately aware of how dangerous he was and how high the stakes just got. 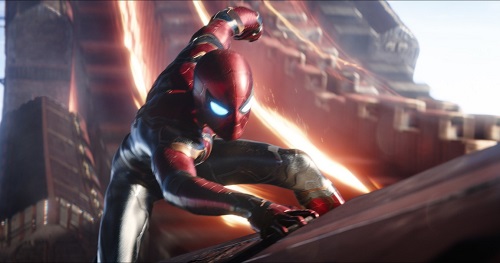 In that sense, Thanos might actually become a classic movie villain.  The fact that he's a huge threat would normally be enough to put him in this category, but what also might make him iconic is his goal: To wipe out half of the universes population in order for life to survive.  In his mind, there are too many people in the universe.  There are only so many resources at our disposal and Mother Nature can't keep up with the imbalance.  If you wiped off half of the life on Earth with the snap of a finger (ho ho) there would be genocide, yes, but natural resources would have the chance to regrow, repopulate, and restore.  The scary thing is that there is a certain logic to what Thanos is saying, which makes it all the more interesting to watch him as we have a movie where we very well may be in the villains court of a big theological debate. 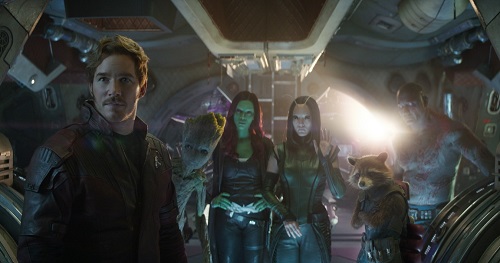 It's because of this that I watched "Avengers: Infinity War" with the perspective that Thanos was the hero, while the Avengers were the bad guys.  From my point of view, getting invested into Thanos's plight is akin to sympathizing with the plight of Walter White from "Breaking Bad," another character who was unquestionably bad but had complex reasons for why he did bad things.  Sure, characters like Captain America and Doctor Strange are technically "the good guys," but they are doing what they are usually doing, and there's far too many of them to properly give them anything to feel beyond hoping for the world to be saved.  It may sound like a complaint when I word things like that, but considering how many characters there are, it's impressive that the Russo brothers were able to balance everyone without things getting out of control in the process. 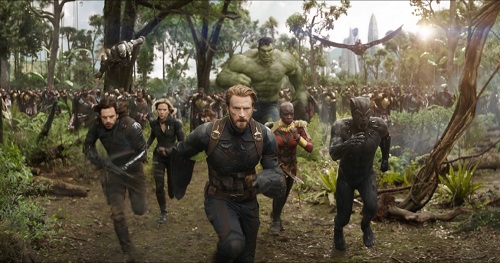 Everything functions, works, and plays out in a way that is neither confusing nor convoluted.  This is the reason main I feel Thanos is the main character in all this, as he is the only one with a motivation and long term goal, and his inner conflict more than carried the film.  Where I am frustrated is the fact that the film is only half a film and we must wait another year before we find out how all this works in the grand scheme of things.  Will there be an epic conclusion?  Will there be closure?  Will anything meaning that happens here stick, or are events just played out to force us to buy another ticket, and with another snap of the finger everything will return to the status quo?  I don't know, and without the other movie I am at a loss for how effective any of this is.  Therefor, there shall be no star grade assigned here.  It would be meaningless to provide one.  When the next film comes out we will take this one into account and solidify how effective any of this was in the long run.  Until then, "Avengers: Infinity War" should be looked at as the warm up before the pitch.  An intriguing and effective warm up, but the ball has just been thrown, and we have yet to see if the batter hits it or not.