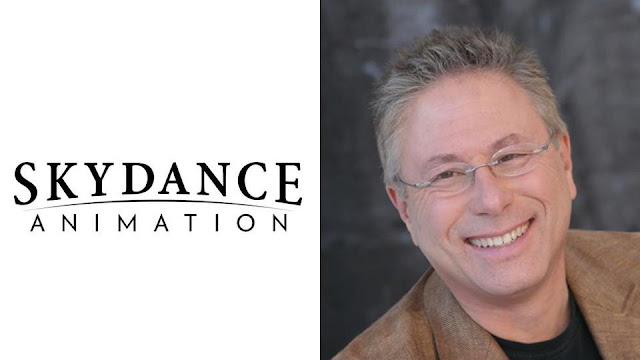 Deadline has reported today that eight time Academy Award-winner (!) Alan Menkin will be writing the songs and score for Skydance Animations upcoming movie "Spellbound."  This is a huge deal and could potentially help make this film (and company) one to keep an eye on!  When Skydance Media first announced that they wanted to make animated films the world largely shrugged them off.  I know I did.  I lived through the nineties where everyone wanted to compete with Disney and make their own "Beauty & the Beast," and the reality is that out-Disneying Disney is much easier said than done.  With that stated, I should mention that Skydance Animation seems to be doing almost everything right to the point where I would be surprised if their finished products aren't at the very least decent.  They picked up former Disney and DreamWorks directors to make their films.

Names like Alessandro Carloni ("Kung Fu Panda 3"), Vicky Jenson ("Shrek," "Shark Tale") Nathan Greno ("Tangled," "Bolt") and Peggy Holmes ("Secret of the Wings," "The Little Mermaid: Ariel's Beginning") have all made some very good movies!  They might not be household names, but they have already contributed heavily to the animation landscape, and hopefully Skydance will give them room to breath!  Probably their biggest coup was hiring former head of Pixar John Lasseter.  I know his hiring was mired in some controversy, but the sad reality of the matter is that Lasseter directed "Cars."  He directed "A Bug's Life."  He directed TWO 'Toy Story' movies (and was instrumental in the creation of most of the characters in said films)!  Considered his failings (and he did have many) were of a much less sever nature than that of Harvey Weinstein and Bill Cosby, I knew that it wouldn't be long before someone picked him up (because who wouldn't want to have their own 'Cars' or 'Toy Story'?).

Skydance did just that and it appears that is paying off.  While Emma Thompson famously left a project after his hiring, I sense Menkin coming on board has a lot to do with the fact that Lasseter has had a good working relationship with him in the past.  I sense other former Disney contributors may also join Skydance on projects because of their connection with him.  This is one of the reasons Skydance hired Lasseter: For his connections in the animation industry.  If Skydance can show that they are willing to let their creators be more daring and think outside the box more, we might see more of them jump ship and make movies for Skydance.  If too much talent leaves Disney because they don't want to be working on "Frozen III" it might be a wake up call to the mouse to get back to making magic again (as opposed to uninspired sequels)!  Now, hopefully, should things work out and these movies make a ton of money, hopefully a small portion of those profits could be put aside to fund a low budget 2D film here and there.  I can think of one film in particular that would be VERY interesting to see actually get made!
Tweet