Amazon.com Buying AMC Theaters Would be a Loss for Movie Goers 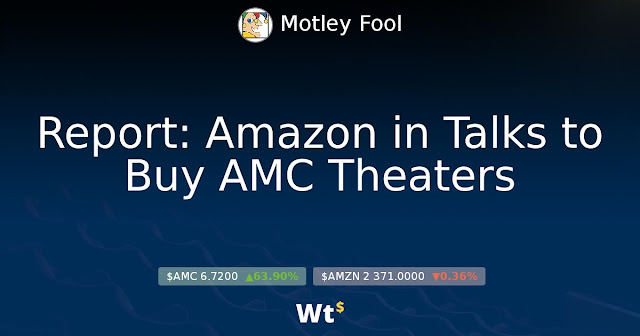 I woke up to a pleasant surprise this morning: My stock portfolio on Robinhood had gained almost an additional $300 while I slept.  While surprises like these are wonderful, I wondered what on Earth could have happened that resulted in such a sudden growth?  Upon poking around I discovered an even more surprising revelation: Most of the gains were a result of my stock in AMC Theaters (AMC) had jumped from $4.41 to $7.23.  It was a massive spike that I couldn't wrap my head around, so I immediately started poking around to find out why the stock had jumped so much.  I was hoping to see news that AMC had locked down an opening date, that maybe a movie or two had moved UP their release on the schedule, or that a partner/merger was in the cards.  Instead, I found out that the reason the stock spiked was because of an unconfirmed report that Amazon.com (AMZN) had entered talks to buy AMC Theaters.  Realizing what was going on, I quickly sold my stock as it had gotten down to $6.72 (I'll rebuy it when it goes below $5...an achievable thing since it's already at $5.31 as of this writing).

Don't judge me; the point of buying stocks is to make money.  I sold high to protect my assets and will buy low when it gets to a more affordable price.  And low it will go because not only is this a news story I don't believe in the slightest, but I don't for a second believe the government would approve the sale.  Even if they did, a situation where Amazon owned AMC Theaters would be terrible for movie lovers everywhere.  I'm not ignorant of the fact that AMC has an uphill battle when it comes to getting out of trouble.  Saddled with billions of dollars in debt, unable to earn any money during the Covid-19 crisis, and facing one of the worst recessions in US history, the future for the theater chain is scary.  There are reports that the company is starring down bankruptcy and the surprise success of "Trolls World Tour" has certainly planted the idea that movie theaters might not be needed in the long run (it's a misguided idea, but one we'll talk about in another blog post).  At this point most of us would welcome a buyout or merger if it will save the largest theater chain in the world.

That said, when posed with the proposal of Amazon being the buyer of the theater, well, at the risk of sounding like a jerk...I'd almost rather AMC go under.  Most of you may be looking at that sentence and wondering what's wrong with me, but please hear me out.  I LOVE AMC Theaters!  Stubs A-List is one of my most favorite things in the world, and even though I have Regal Unlimited and Cinemark Movie Club in my pocket as well, my wife and I frequent AMC Theaters more than any other theater out there.  I love the theaters, the snack bar, and the auditoriums that are more comfortable than any other theater I can think of.  I do NOT want them to go away!  However, when faced with a historic purchase that could alter the way we watch movies for years at great cost to the movie business itself, there's a part of me that wonders if letting it die might not be better.  First of all, we need to get out of the way why exactly Amazon might want to buy AMC Theaters.  Well, it's simple: They want Oscars!

Amazon - like Netflix - makes original content for their Amazon Prime Video service.  Like other content makers, they are making the content to boost subscribers to their service.  For them, ticket sales and BluRay's don't factor into the overall picture.  They make movies to sell you an Amazon Prime membership (which you then use to buy more stuff through Amazon because of the free shipping feature).  As a result, while Amazon did play around with wide releases for "The Big Sick" and "Manchester by the Sea," recent releases like "The Report" and (I'm sorry to say) "The Aeronauts" were basically given week long special engagement releases to qualify for Oscars before going to streaming.  This makes winning awards difficult because Oscar voters are still very much protective of the theatrical experience.  This means that while streaming movies can certainly win awards, it's far less likely that a streaming movie is going to win the top prize anytime soon (the fact that Netflix's "Roma" can win Best Director and Best Foreign Language Film while losing Best Picture to "Green Book" shows how resistant the Academy is to this).

Still, Jeff Bezos wants his Oscar.  He loves the idea that he is now Hollywood royalty!  If he were to buy AMC Theaters, he could show his movies in theaters as long as he wants to make sure everyone gets a chance to see them there!  Heck, he could do that while doing day-and-date releases, so the movie could go to Amazon Prime Video AND AMC Theaters on the same day!  He wouldn't have to worry about other theater chains boycotting his film over such a move because he would own the largest theater distribution chain in the world!  What's more, he would collect a portion of the box office receipts for movies from Disney, Universal (assuming Amazon reverses the ban on their movies), Lionsgate, Sony, Warner Bros, and Paramount.  Ah, but that last part...that's where things get dicey for!  See, despite the Justice Department wanting to kill the Paramount Decree (which would then open up the posability of studios owning theaters), the Decree is still one of the most important roadblocks to ensuring a fair and honest distribution of content. 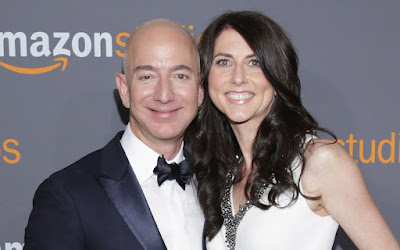 Do you want this man to control what movies you see?!

While I won't get into ALL of the things that the Decree does to protect movie goers from monopolies, one of the big things it (obviously) does do is prevent someone line Disney from buying a theater chain and forcing all the competing movies out of the theaters.  This doesn't just include multi-billion dollar blockbusters, but independent films as well.  Since Amazon is now a movie studio, they could in theory force any film that's not an Amazon Studios film out of the theater.  Granted, I don't think they would actually do that.  As big as Amazon is, their film studio is still quite small in comparison to everyone else, and they would certainly need the next 'Jurassic World' movie and Marvel event to keep people coming into their theaters (and the cut of those billion dollar franchises would be foolish to give up).  My concern is...what happens when Amazon DOES start making those blockbusters?!  What if Amazon released something like "The Aeronauts" into theaters after they bought out AMC?  Well, in that scenario "The Aeronauts" would have been on all the biggest screens for the longest time, pushing out other blockbuster films from competing studios onto smaller screens.

"The Aeronauts" getting the prime real estate would be a result of Bezos owning the product and the building, not because more people want to see it over "Tenet."  For that matter, even assuming they didn't have a blockbuster, what's to say they won't demand a higher commission for those larger screens?  Taking it a step further, Amazon sells BluRay's and merchandise for all the movies showing in AMC Theaters?  What if Amazon used this position of power to deal in some strong arm negotiations?  We all know that they aren't above trying to kill a book publisher to get a higher cut of ebook sales.  What's to say they won't show Disney films if the mouse doesn't agree to giving them a bigger cut of the ticket prices?  What's to say they won't remove Disney movies from the Prime service and stop selling their movies in addition to refusing to show the films theatrically?!  I know people might point to Disney have Disney+ in their back pocket, but keep this in mind: Disney+ isn't exactly making the mouse any money.  For better or worse, movie studios still need theaters.  They still need DVD and BluRay sales.  They need digital rentals.

And if Amazon bought AMC, they would corner ALL of these markets!

Amazon sells more DVD's and BluRay's than anyone else.  Amazon is one of the top sellers of digital content (whether through rent or sale).  Amazon could very well own the largest theater chain if these reports are true.  And when it comes time to negotiate a larger cut, Amazon could turn off ALL of these source revenues to both big and small studios with the flip of a switch!  That is a terrifying thought for this business.  Keep in mind we're pretty much just talking about the major studios here.  Companies like A24 wouldn't stand a chance under these circumstances.  Seeing that Amazon Studios runs as an independent studio as it is, those small films (which AMC currently dedicates precious screen time to) could easily be the first to go, followed by the bigger studios being forced to give up more or else lose multiple revenue streams from Amazon. 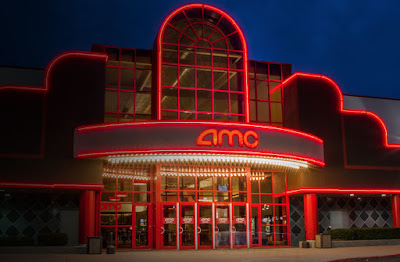 Some day, we'll be together...

And this is ignoring other points of concern, like Amazon keeping their own movies in theaters longer just to sell Prime memberships and using their Prime membership to undercut prices with competing theaters to a point where no one else can compete. At this point some of you may say that Amazon is one company.  That if Disney or Sony didn't like the terms Amazon puts in front of them there are other theaters, other stores, and other venues to makes money.  This is true.  Except...it really isn't.  Amazon controls almost 50% of the market in many of the businesses I've mentioned above.  If you are not on Amazon's good side you are facing a dire and uncertain future.  This is the type of power Amazon wields over the world.  The idea of them having this sort of power over the movie industry frightens me.  Granted, it's not the ONLY thing that does!  A merger between AMC and Cinemark for example could save those theaters, but it would also give the consumer less choices.  Competition is good and I would ultimately love it if AMC were able to pull themselves up and get back to business.  If not, there are less than ideal ways the chain can be saved.  But Amazon buying AMC?  Sorry, but I'd almost rather they go under than to see Amazon do any of these things to the movie industry.  Even if it means these theaters got saved, it just wouldn't be worth it at that point.
Tweet