HBO's "His Dark Materials" Illustrates the Strengths and Pitfalls of TV 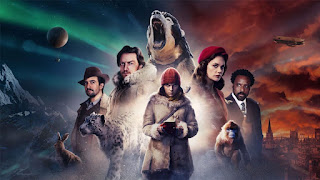 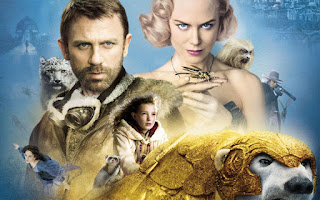 Although I hate to think about it, but it's been roughly 13 years since I first saw Chris Weitz "The Golden Compass."  My goodness...I had just turned 21 at the time.  I remember being more interested in the film than loving it though.  It had an interesting premise and good characters, but I always felt the ending was a bit odd and anti-climatic.  Ending aside, the film was a grand journey in the vein of 'The Chronicles of Narnia' and 'The Lord of the Rings,' and I was eager to see the next installment.  Alas, the film would never get a sequel, and I was forced to finish the journey by reading the original novels by Philip Pullman (which were mostly great).  While I felt the ending of the third book made the anti-religious themes a little to on-the-nose, I do feel they would have made for stunning movies.  Honestly, with the exception of the ending, everything was in place for "The Golden Compass" to be an instant classic.  I found out years later that the movies REAL ending had been removed for fears that it would be too frightening for children, which may explain a lot in hindsight (and also makes me question what the studio thought was going to happen by making a PG-13 rated movie).

Still, the movie didn't do well enough to warrant a sequel, and even though I did end up buying the film on BluRay, I more or less moved on with my life, accepting the fact that the story would never be completed in film form.  Turns out, while I was correct in assuming the story wouldn't be finished in movie form, we have a MUCH better chance at seeing it finished in TV form!  In many ways, TV is better suited for material like this.  With six main novels and two novella's in the series, "His Dark Materials" has more room to breath and be fleshed out.  If a major hit you could conceivably get eight seasons out of it, and many members of the main cast wouldn't even be obligated to make an appearance every season.  What's even better is that the show was being broadcast on HBO, the channel that puts lots of money in their shows and movies because they are a high quality brand!  The first few episodes were being directed by Academy Award-winner Tom Hooper, who directed the excellent "The King's Speech" and "Les Miserables!"

I mean, it was weird that this was going to be the SECOND adult adaptation of this series that supposingly was made for children...but that probably says more about the books than the adaptations!  Anyway, I now get a month of HBO Now free for a month for pre-ordering HBO Max at a discount price.  My wife has been going to bed early so I've been watching stuff she likely wouldn't...well, like.  Three episodes in I realized I might have to start this over, because I think she actually WOULD like this show very much ("Watchmen" is something I can safely watch on my own)!  Still, from the three episodes I watched, I have to admit that I have mixed feelings about it.  I certainly feel the cast in the movie was stronger, but the new one is fine, and that's more of a personal preference anyway.  When it comes to the story the TV series is much more fleshed out than the movie was (and appropriately dark), but it also revels certain information much earlier than it needs to I feel.  Course, maybe there is a grand plan, so I need to finish the season before saying whether the changes are ultimately good or bad.  Probably the most jarring thing about this though are the visuals, as I am keenly aware that this is a TV show and not a movie.

Earlier this year my wife and I finished "Game of Thrones."  I know...we're a little late to the party, but the series was still excellent even though we were seven years late getting around to it (and I felt the final season certainly wasn't the dumpster fire people were raging it was).  When we finished the final episode we started watching another fantasy series my wife had never experienced before a few days later: 'The Lord of the Rings.'  (Full disclosure: We watched 'The Hobbit' movies first so that the series would constantly get better as the movies went along.)  It was interesting watching the finale of a fairly new TV series next to a movie that was more than a decade old, but something struck midway through 'The Fellowship of the Ring': Visually, the movie and TV show were - on magnitude and in scope - on the same level.  This hadn't always been the case.  Despite the storytelling possibilities in the TV medium, movies still had a scope and magnitude that television simply could never reach.  While the storytelling for the first season of "Heroes" had been top notch the visuals clearly could not keep up with the vision, and the series felt stifled later on as a result.

It was an interesting moment to have.  While I had never before felt like television would ever truly replace a great movie, for the first time ever it seemed possible that television had gotten to that point.  Which is why, I'm sorry to say, "His Dark Materials" seems like a major step backwards for HBO.  See, while the fantasy world in Pullman's novels might not have been the selling point, the fact of the matter is he did write in a fantasy world with mystic creators, magical spells, and talking polar bears.  Each of the books are named after mystical items.  The movie - for all it's faults - understood that it needed to be expensive.  That the visuals needed to bring this fantastical world to life.  To make us feel like we were transported someplace we had never been before.  From my perspective, the film makers succeeded in doing just that!  Heck, they must have (the film won an Academy Award for Best Visual Effects)!  Despite HBO having a reputation for pouring a lot of money into their TV series, they are ultimately airing a BBC series on their channel, a company that does not spend as lavishly on their shows as HBO does (though they do many many quality series none-the-less).  That means the visuals in "His Dark Materials" feels rather...cheap, in comparison.

Though there are blimps and winter lands with bright lights, watching the first three episodes doesn't inspire the 'awe' the movie did.  It feels like I'm watching a drama set in England.  Only occasionally does the camera pan back far enough for the land to feel fantastical.  The dæmon's in the show (mystical creators that are connected to humans) also bring the show down quite a bit.  One of the major story threads in this series is that with kids, their dæmon's shift and change.  It is only when they become adults when their dæmon 'settles' and stays as one animal (which contributes to a brilliant metaphor about what it means to truly grow up).  In the movie, the dæmon's morphed and changed constantly.  It was a wonderful visual touch that I didn't fully appreciate until I saw this television adaptation and noticed that the children's dæmon's...didn't.  I mean, they do, of course, but they don't change often.  Lyra's dæmon is frequently seen as either a white or brown ferret.  Sometimes he's a bird, but often he's a white ferret.  I understand why the studio went in this direction: The visuals of a constantly morphing animal are likely more expensive than we realize.

Still...since we have a product that so perfectly visualized this aspect of the novel, it makes me watch the TV show and cringe a little.  The more I watched the first three episodes, the more I realized that the show was stylized after British stage dramas.  This makes a little more sense when I remember Tom Hooper directed this.  Not only did he direct "The Danish Girl," but he also directed "Cats," which (if nothing else) proved the man didn't have an eye for material that relied heavily on visual effects.  It feels as if Hooper directed a down to Earth drama and the visuals were an afterthought for him.  Which is...a shame, really.  Again, I don't want to act like nothing about this series works.  In some ways, "His Dark Materials" is the visual adaptation I was hoping the movie would be so many years ago.  And yet...while the series has the opportunity to do the text more justice, there is no denying the movie was epic and visually stunning in ways the show simply isn't.  It shows that while while we're living in the golden age of television, it has a way to go still before it replaces movies.
Tweet