Midway through Christopher Nolan’s “Tenet” there is an action scene between the main protagonist and an unnamed soldier.  The scene involves a time travel component in which the fight is fought backwards, and the laws of physics are being twisted right before our eyes.  The scene appears to come out of nowhere, and yet…I had a sense there was something important about it.  I didn’t know what that was per se, but I was in complete trust that Nolan knew what he was doing even if I didn’t at the time.  Sure enough, the scene reappeared later on from a different perspective where things made more sense than they did at first.  By the end of the movie I still couldn’t say that I fully understood what it was I watched.  However it’s not because the film was poorly made, only that – like that earlier fight scene – the director was five steps ahead what I could process. 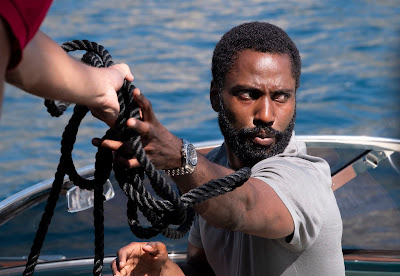 In truth, it left me feeling sort of like when I first saw “2001: A Space Odyssey” by Stanley Kubrick: the directors vision was so far above what I could understand, that only through multiple viewings could I appreciate what he was trying to do later on.  “Tenet” was very much made in the same way.  I watched it the first time as a puzzle that needed to be put together.  I watched it a second time seeing how the puzzle fit together and able to more fully appreciate what the film was about.  A third time was spent being able to just sit back and appreciate the film as a whole.  In some ways it’s fitting that “Tenet” came out during a pandemic, as multiple viewings certainly helped me embrace the movie more.  Christopher Nolan is not always known for making movies that hold your hand and spell things out, having previously directed films like “Memento” and “Interstellar.” 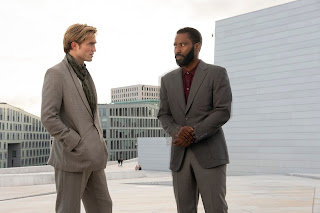 Those films required an audience to pay close attention and think deeper about what they were seeing on screen.  “Tenet” also requires some work on the audiences part, but in some ways it may also require too much.  While the advantage of a pandemic did give viewers plenty of time to watch the film multiple times, the sad reality is that some may not care to.  There’s a coldness to “Tenet” that didn’t immediately make me want to revisit the film.  “Memento” created an adrenaline rush of a murder mystery and “Interstellar” had that wonderful father and daughter relationship conflict at the center, but “Tenet” basically features a time traveling James Bond who isn’t even interested in the ladies.  John David Washington is great in the role and has the on screen charisma to really grab our attention, but he has no personal arc that was really apparent at first, which made the puzzle a little less exciting. 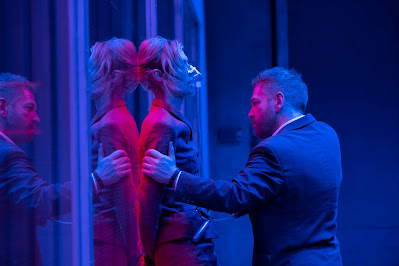 More attention grabbing is Kenneth Branagh as the antagonist, who (like Nolan) also seems to be five steps ahead of our hero, and the film really perked my interest whenever he was involved in an action sequence.  ‘But what is “Tenet” actually about’ you may be wondering?  Truthfully…I don’t believe there’s any explaining it really.  Sure, I understand it more now having seen it three times, but speaking it out loud actually makes the movie sound far more ridiculous than you would think.  It makes sense in it’s own twisted, convoluted way, but to actually speak the plot would sound like I was reading the synopsis of a Superman comic book (I also don’t know why that’s a bad thing since I DO love Superman comic books)! 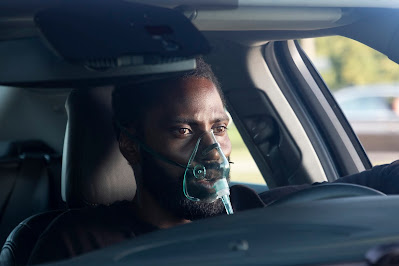 I don’t believe “Tenet” was the right movie to try and reopen the summer movie season.  It requires a level of cooperation that would have challenged movie goers even if they weren’t afraid to leave their house.  “Mulan” might have been an easier sell (despite being a far less compelling film).  Still, there is no denying that “Tenet” is one trippy ride.  It challenges like few movies do and looks spectacular doing it.  Having proven to be a good lead in the comedy/drama “BlacKkKlansman,” Washington has how proven to have the right stuff as an action star, and he will be leaving his mark on movie history soon enough.  Nolan may have failed to make a movie that emotionally resonated with me, but he did make something that was fun to ponder.  Oh, also, Robert Pattison is in this.  I guess I got so deep into the scope of the film I forgot to mention that.