There is a scene halfway into “The Batman” that I dubbed as ‘the Mighty Mouse’ scene with the group I was with. The scene in question involves Batman on the run from the police, ultimately escaping by jumping off the building and using his suit and cape to glide onto a moving truck. Instead of landing on the truck and escaping with his dignity intact, he hits a bridge, bounces off the roof of the truck, rolls along on the pavement below with little skips in the roll, to ultimately get up with a cartoonish “ugh” while there is no one around to question how a man managed to do a Looney Toons skit and not break any bones. This scene stood out to me not only because it was laughably stupid and corny, but because it was in a movie that I would otherwise classify as an excellent film. For Matt Reeve’s “The Batman” is so intriguing, so unlike most blockbuster movies we see, so clearly made by a visionary, that this little thirty second scene stood out THAT much more! 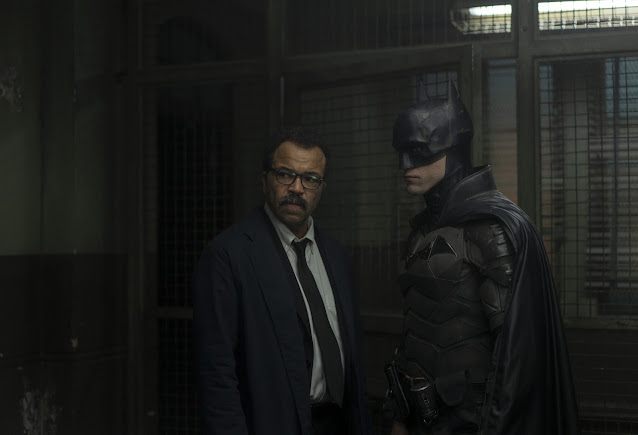 The good news is now that we have essentially gotten the one terrible thing about this out of the way, I can now describe why “The Batman” is one of the best movies of the year (and why us critics tend to roll our eyes at the latest Marvel release). For here is a movie that actually feels like a movie. It feels like art. It’s ironic that it has been released a week after a 50th anniversary re-release of “The Godfather,” as this movie has almost the same feeling of being an instant classic. Some may question such a statement when I opened the review complaining about the ‘Mighty Mouse scene,’ however even Francis Ford Coppola’s classic included the infamous “invisible punch” scene, so we must remind ourselves that even perfect movies aren’t so perfect sometimes. Who has time to let a single moment of silliness detract from a movie that is otherwise so confident in what it is doing, that the audience has no choice but to take notice?! 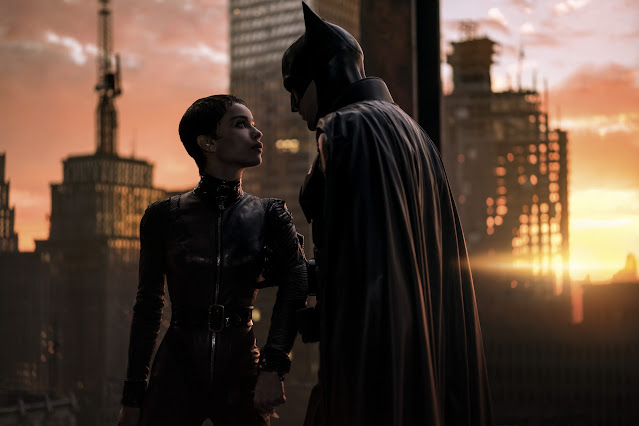 There have been a lot of Batman movies over the years. Some are live action, others are animated. Some are great and others are…well, “Batman & Robin.” Still, in all my years of watching and grading Batman movies I have never seen one that takes the character so seriously, that the viewer can’t help but feel true sorrow once it dawns on them what is going on (and I listed “The Dark Knight” as the best film of 2008). For here is a Batman that spends surprisingly little time fighting criminals on the streets of Gotham. This is a Batman who walks in rooms with confidence and anger, sending chills down the criminal's spine due to the simple glare he shoots in their direction. It is a glair that screams this is a man who is that confident that he can kick your ass if there’s a problem. He also says very little during most of the film, letting his eyes and slight body motions convey what he is feeling inside. This is especially powerful during a scene where he sees a boy whose father has just been killed, and the silence of his look to the boy says more than any line of dialog could.

Of course, there are villains in this film. No Batman film would be complete without them. In “The Batman” the primary antagonist is The Riddler. Instead of the goofy prankster we saw in “Batman Forever” (where he was portrayed by a very 90’s Jim Carrey), this incarnation is portrayed by Paul Dano, who says very little in his brief scenes but…again, those eyes. Those creepy eyes behind the goggles he wears is almost as frightening as the cryptic riddles he leaves behind like a psychopath torturing his victims. In Britain there was some controversy because the film received a 15 rating, barring parents from being able to take their kids to see the film. I found the controversy laughable because the PG-13 rating here is so laughably incorrect that it really does make for a strong case that the MPA does not care about your interests or mine. At times the movie – dark and brooding as it is – feels shackled by the teenager imposed rating the studio was clearly mandating. 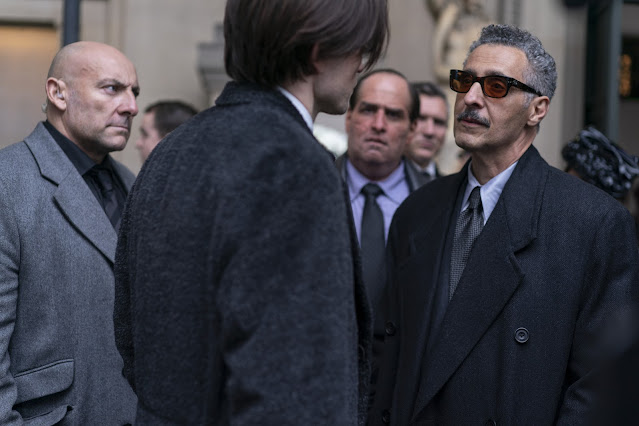 A funny thought, seeing that I doubt many teenagers are going to like the film. It takes itself way too seriously and expects far too much of the audience who likely believe they will be seeing a “popcorn movie.” There is an intense fight sequence near the end (as well as a Batmobile chase that is truly stunning). Aside from that though…well, there are a couple of interrogation scenes involving the Penguin that are played so seriously you overlook the silly name of the crime boss (or the fact that despite it raining the whole time, Penguin doesn’t carry an umbrella). Another revolutionary aspect is the performance of Robert Pattison, who plays Batman with such confidence that to see his meeker Bruce Wayne is almost jarring. 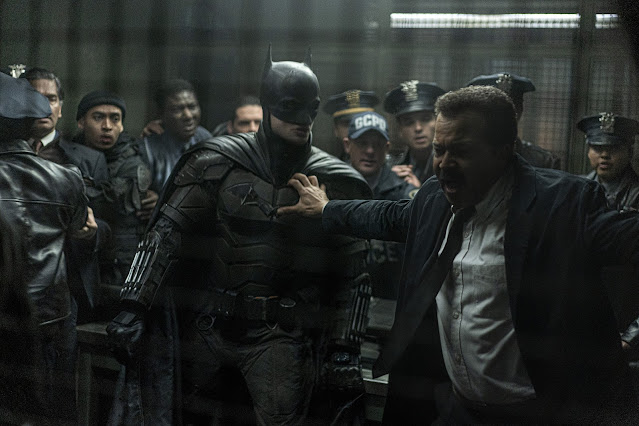 Most Batman movies don’t know what to do with the Bruce Wayne persona, seeing it as more of an anchor to much more exciting suited up scenes. Here Wayne is out of suit for a few sequences and in those sequences we see a man who almost seems uncomfortable in his own skin; like he’s an imposter faking his way through life, and only when he puts on the mask does he really feel like himself. As Bruce Wayne, he is playing a part for the world to see; as Batman he is free to be the person he truly is. The difference is fascinating to the point of potentially being disturbing for the implications behind such a portrayal. With all that I’ve written about above you may be wondering whether all this darkness and thoughtfulness is worth putting up with for almost three hours? The answer may depend on whether or not you want to watch an action film or a real movie. 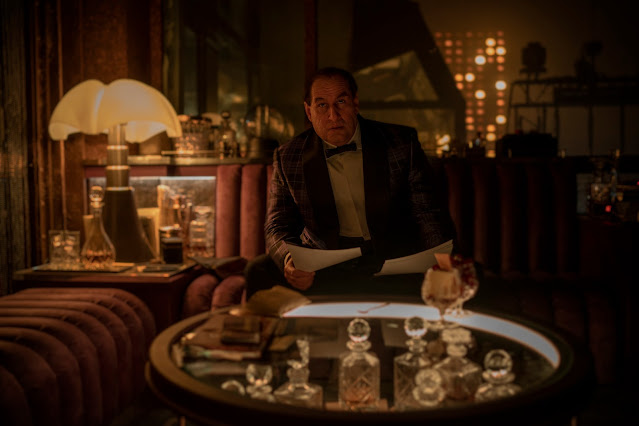 If action is all you are looking for Zach Snyder gave you a Batman movie with almost non-stop nonsense action. It would not be a stretch to say that 10% of this movie has any real action (and that’s if we’re being generous). Most of “The Batman” is a detective story where the detective in question meets his match because he is hunting someone who is (potentially) as psychologically sick as he is. Matt Reeves made one of the best movies in the past ten years when he breathed real humanity and conflict in “Dawn of the Planet of the Apes” and he does the same thing with “The Batman.” The end results are so stunning that you can’t help but wonder why studios don’t let more of their franchise movies be made this way? 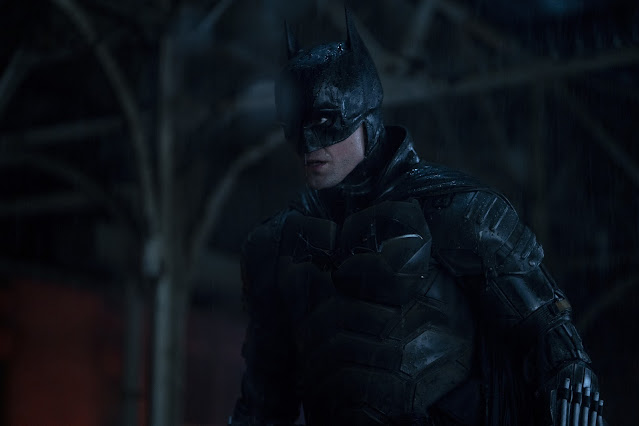 Why not let the director with a vision execute his vision? Batman is a brand after all. A valuable one at that. You treat valuable brands with respect. When you let visionary directors do that – like Tim Burton, Christopher Nolan, and now Matt Reeves – you wind up with classic movies that are passed down from generation to generation. When you make corporate movies – like those of Joel Schumacher and Zach Snyder – you make YouTube content for hecklers. “The Batman” is not a corporate product: It is a real movie with a great vision and even better execution. It’s the kind of movie that makes you walk out of the theater on cloud nine because you have just seen something great, and it’s an experience many will want to relive over and over again. You know, assuming you can overlook the ‘Mighty Mouse scene’…though I somehow feel even that misstep is going to become a classic in its own right.