When people ask me (as a critic) what the most difficult movie reviews are to write, franchise and Marvel films rank pretty high up there. If there is a follow-up genre that is equally difficult to write about, it’s the documentary genre. Not only do I watch far more documentaries than any other type of film, but most of them are also sad. Like, sad in a depressing sort of way. The kind of way that if you watched enough of them in a row and then watch “Armageddon,” you might start to think that it wouldn’t be the worst thing in the world if the asteroid landed and destroyed all of mankind. So when I got my screener for “Stu’s Show” I was kind of looking forward to it because it promised something most documentaries don’t: a good time to be had! 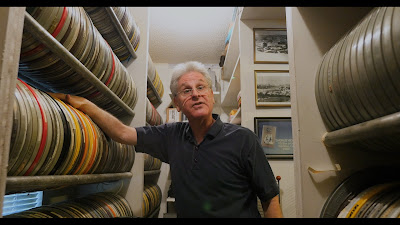 For the e-mail I was sent described a movie that would show me “a side of Lucille Ball that [I] never knew about, from the person who knew her best.” Or something along those lines…honestly, all I had to read was ‘Lucille Ball’ ball to make the movie priority viewing! After all, who doesn’t love Lucy?! I remember the first time I saw “I Love Lucy:” I was in a hotel room in Anaheim, waiting for the next day to get here because we were going to Disneyland. In the meantime, we were stuck in the hotel, and I was channel surfing when this old black and white show came up. I don’t know what possessed me to stay on the show (like most kids, I hated black and white), but Lucy herself had a presence that was engaging and comical. I stuck along long enough to watch her do a dance with her husband while she hid eggs in her blouse, only for the inevitable to happen. 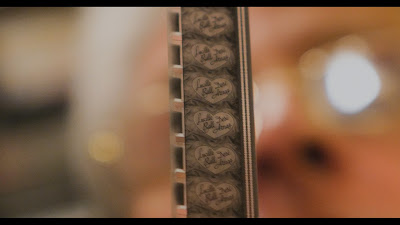 It was love at first laugh and I hadn’t laughed so hard since Jerry blew up Tom with a miniature stick of dynamite. I’ve since watched a lot of “I Love Lucy,” yet her public persona and her personal life is still one of much debate. For some she was a smart, classy act. For others she was a demanding shrew. The idea of viewing a movie about a man who walked next to her and had a personal friendship was obviously going to be a big draw. The film makers know this all too well, as “Stu’s Show” isn’t a movie so much about Lucy’s legacy, what she was like as a person, or even the persona of one of America’s most beloved icons. It is instead about a man whose wife becomes very sick, and the personal battle he wages against a health care system that seems largely aloof and cold in how they treat their patients. 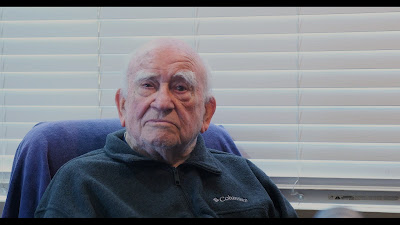 Before you ask: yes, Lucille Ball is in this. You won’t discover much more about her that you didn’t already know though. While there are some funny stories about the funnywoman recounted to us from main showman Stu Shostak (the ‘Stu’ in “Stu’s Show”), the movie really picks up when Stu meets a fellow “I Love Lucy” fan who becomes very sick and is unable to fight for her medical rights. Yes, it does sound a marketing bait-n-switch, I understand. Having bought a ticket to a promised Julia Roberts “comedy” years ago, only to be delivered with the tearjerker “Stepmom,” I am fully aware that sometimes studios don’t deliver what they promise. That said, marketers also know how to get bums in the seats, and such as the tactic worked for “Stepmom,” so too did it work for “Stu’s Show.” 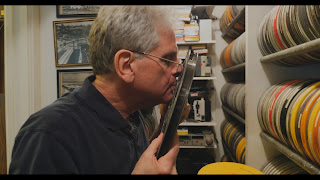 While audiences may buy a ticket (or digital download) of “Stu’s Show” and expect to get an “expose on the REAL Lucille Ball” they are going to get a funny, heartwarming – maybe a little frustrating – movie about a man who not only gets to live out his childhood dreams but becomes the knight in shining armor more of us men should be. Stu himself is an incredibly energetic spirit! With the seeming ability to talk at twenty words-per-minute, he’s got a collection of vintage TV material to make any history buff drool and a sense of humor that makes it difficult not to laugh! He gets to be a warm-up guy primarily due to this gift (and his overall likability), which puts him within talking distance of such legends like Ed Asner, Dick Van Dyke, and the aforementioned Lucille Ball! 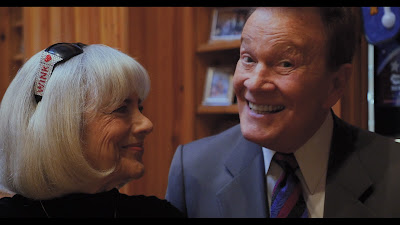 He shows off his film collection with the kind of pride that reminds me of Jay Leno when he talks about his massive car collection! When he meets another mega Lucy fanatic in a woman named Jeanine, it’s one of those cute love stories that could only happen in the movies (and, in some ways, it IS happening in the movies [ho ho])! When she becomes hospitalized, the movie takes a dark turn where Stu becomes the last line of defense for Jeanine when the doctors tasked with her care seem cold and uninterested in treating her; for them, she is just another patient in a long line of patients. Unable to fight for herself and with no family seemingly around to help her, Stu must wage a personal battle to get Jeanine the care she needs (and he’s not going to give up until she gets it).

While some will be taken aback by the fact that the movie becomes less about the famous people Stu knows in his life, they are likely to be sucked in by the ‘David vs Goliath’ story that plays out in front of them. Women all dream of finding a man who will go to battle for them in their time of need, and Stu Shostak becomes that unlikely hero. If I’m being honest, it’s quite a beautiful thing to witness, and it impressed my wife so much that almost immediately after the film ended, she looked him up on Facebook to tell him what a wonderful husband he was! The most touching aspect of all this is that it was a situation that could have gone sour very easily and ended badly. This horror story is one you’ve likely heard before with someone you know. The difference here is that the doctors had to deal with Stu Shostak, which (likely) resulted in a happier ending than what might have been. 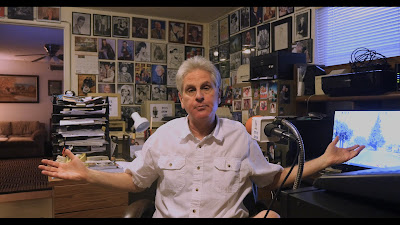 “Stu’s Show” is amply titled because Stu literally steals the show. Despite walking into the movie with the promise of learning more about Lucille Ball, Stu – the “glorified gopher” – proves to be quite a scene stealer! His stories of mingling with celebrities are fun as all heck, and when the movie takes a dark turn he’s an easy protagonist to root for. Watching the film seems like a scenario he’d find in one of his TV shows, yet it plays out in real life with Stu rising to meet the challenge! “Stu’s Story” is a powerful movie about a regular guy faced with an enormous task, who manages to become a superhero in his own story! Not bad for a guy who was originally hired to warm up studio audiences and get Lucille Ball her coffee!