If there is any movie that is going to make a strong case for a “day and date” simultaneous release for theaters and streaming, I suspect “The Little Things” may very well be it.  This is the kind of movie that attracts top level talent, as it is a cinematic experience that showcases actor’s talents and powerful visuals on the big screen.  It is also a film that aims too high for its own good and (as a result) comes crashing back to reality in a way that is sobering and disappointing.  Every inch of this movie demands to be seen on the big screen except for the screenplay, which thinks it is more interesting and philosophical than it actually is.  In this regard, whether you see it on the big screen or small, there will be pros and cons. 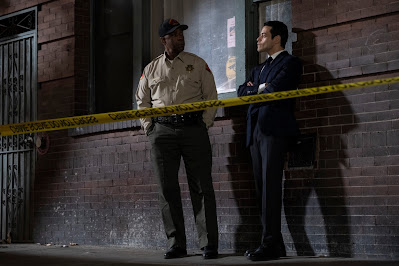 On the big screen the visuals and performances will be appreciated much more thanks to the size and scope of the screen, but the story is almost certain to underwhelm.  On the small screen the story problems will stand out more, however you’ll save some money (as well as a trip to the mall).  So really, choices are good to have this time around.  Whether it’s worth seeing at all is very much in question though, as “The Little Things” is one of those movies you are intrigued to watch until you aren’t.  The story revolves around an LA sheriff named Joe “Deke” Deacon (Denzel Washington), a man on the verge of retirement whose help is sought one last time to try and catch a serial killer.  Joe is a former detective, but past incidents forced him into a smaller role in law enforcement, and whatever transpired in the past haunts him to this very day.  Current LASD detective Jim Baxter (Rami Malek) see’s value in Joe’s former experience though and feels he could be of great value to solving the case. 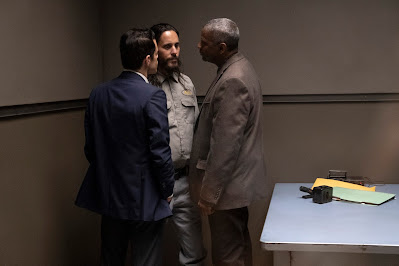 He is right to feel that way, though Joe himself has doubts that he can still be a great detective.  What pushes him to help with the case is his previous failures in life.  He’s looking for redemption for the failures of his past (which have resulted in his failures in the present).  He may just get it when he comes across Albert Sparma (Jared Leto), a car mechanic who seems to know more about murders and how they work than your average man does.  The scenes with Albert are the best in the film, as he is one of those characters that certainly SEEMS like a serial killer, but who may simply be a creepy man who doesn’t have many friends!  Here the movie does what it can to make you suspect but is wise enough to plant enough doubt that you wonder if this is simply one of Joe’s wild goose chases.  Either way, this is the strongest element of the movie.
Where I was let down was in the rest of the film, which acts like it has something it wants to say about past traumas continuing to haunt people, but really doesn’t have much to say at all.  That government officials protect their own to everyone’s detriment is neither revolutionary nor interesting, and this is a huge problem for a movie that is aiming higher than it should.  The film is at its best when it is focusing on catching a potential killer in action and it is at its worst when it is trying to present an insightful look into the mind of a washed-up detective.  This may have a lot to do with director John Lee Hancock, whose previous films include “Saving Mr. Banks” and “The Blind Side.”  While those films are noteworthy for being “feel good movies,” the reality is subtly was not strong in either of those works, and I think Hancock is better at manipulating emotions as opposed to exploring them (hence why the strongest aspects of the movie involve fear and suspense). 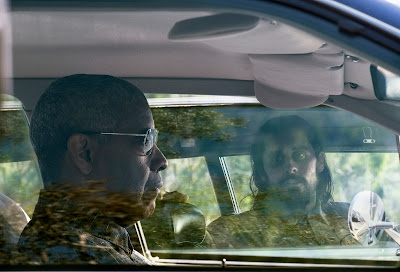 “The Little Things” is at its best when it’s a thriller and at it’s worst when it’s a character study.  The acting is solid all around with Leto being a standout in the strong cast.  The film ultimately doesn’t gel as a whole though, and with an ending that is far more ambitious than what the director was able to pull off, I can’t say I really recommend it all that much.  If you have one of those unlimited movie tickets app, I recommend seeing it in the theater so that the grand visuals can wash all over you.  For those who must pay for individual tickets, the HBO Max route will certainly save you some money.  Neither of those options are especially appealing when Warner Bros. is also offering up “Judas and the Black Messiah” at the same time, so passing on “The Little Things” altogether might be for the best.