Why does it seem like certain people have all the good luck? I’m sure you’ve been there before: You get a job, work as hard as you can, maybe you make a mistake here and there but nothing too bad, only for you to realize that Jeff who was there for just a few weeks got the job that you spent months aiming for. You sigh in frustration because Jeff clearly has good luck on his side to have gotten the job so easily. Or maybe it was because his uncle happened to own the store…maybe that’s what it was? Where was I going with this…oh yes, luck. Why do some people have it and some don’t? Honestly, there is no rhyme or reason. Some people don’t even believe in luck at all. 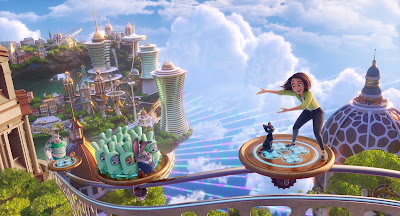 For those who do believe in such superstition then perhaps the latest animated film “Luck” may bring you some comfort, as the film tries to do for good luck what “Monster’s Inc.” did for monsters in the closet: take an old wives' tale and create an imaginative and fun narrative around said tale. The movie comes from Skydance Animation, in their first film as they essentially declare war on the stranglehold of Pixar and Disney. Whether they will be able to, time will tell, but from my perspective, they are off to a fantastic start! For while “Luck” may not be one of the best films of the year, it is a joyful viewing experience, and it evokes the joy and wonder of several Pixar films (there may be a reason for that, as we’ll discuss later).

The story revolves around a young woman named Sam (Eva Noblezada), who has had bad luck her entire life. She believes this bad luck prevented her from being adopted and now that she has aged out of the foster care system, she is entering the real world and her bad luck is following her. Her luck literally changes though when she finds a lucky penny left behind by a black cat, and suddenly everything in life has become much easier. Her job is no longer a hassle, leaves don’t blow in her apartment, and (my personal favorite) every time she drops her toast it lands jelly-side up.

Sadly, the second she puts it down she manages to lose it in a scene clearly inspired by the first “Mission: Impossible” movie, and the only way she can get another one is by finding the black cat who originally dropped it and follow him to the ‘Land of Luck.’ Turns out, this is where the luck of the world is manufactured. It also turns out the cat’s name is Bob and is voiced by Simon Pegg in a bit of inspired casting. Though Sam is in awe of the world she has entered Bob is horrified, as a human with bad luck can really throw the balance (some may call it ‘zen’) of the Land of Luck off. Seeing that Sam trips over everything in sight while the residents of the Land of Luck walk on and off moving machinery without looking up from their newspaper, he may have a legitimate concern. 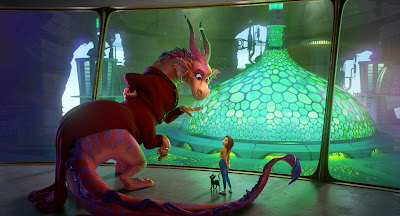 Still, she’s here now and won’t leave until she gets another lucky penny to give to her friend at the orphanage, so Bob will just have to help her get one. This includes some truly imaginative sequences that show a level of creativity that only animation can truly provide (my favorite being an unnecessarily complicated assembly line where the lucky pennies get made). There is also an interesting aspect to the world where the bottom half of the world is run by nothing but monsters who make bad luck, and both the good luck and the bad luck get thrown into the world where the people on the receiving end receive the luck purely by chance.

I will admit that this aspect does betray the whole concept that Sam seems especially prone to receive bad luck, and I was hoping that there would be a true explanation for why her life seems doomed to misery, and it’s one of the few areas where the film tends to fall a little short. While little issues like this do pop up from time to time, I found much of the film too delightful to care that much. I had to remind myself that “Luck” is the first major effort from a studio that wants to be a major player in the animation business, and I’ve seen far worse first efforts.

The mechanics of how the Land of Luck works are imaginative and seem to sprinkle in the bureaucracy of “Monster’s Inc.” and the mechanical wonder of “Inside Out.” Sam and Bob may not be the most insightful of characters I’ve seen in an animated film, but they are enjoyable to be around, and their chemistry is fun to watch. And if you can look me in the eye and say that the idea of Jane Fonda voicing a magical dragon doesn’t catch your attention, I suspect you have no imagination to begin with. The quality of the animation is top-notch and easily holds its own against “Lightyear” and “Minions: Rise of Gru” from earlier this year. I love how the colors seem to pop out of the screen and the enchanting score from John Debney gives the whole project a timeless feel.

Really, by every metric I can think of, “Luck” is an enchanting movie that should easily entertain kids while not boring their parents. So…why are critics so sour on this? Have they lost their minds or something? Sadly, I believe there is a reason for the lukewarm reception of “Luck,” and I’m sorry to say I suspect many critics are not writing their reviews in good faith. This is where we must divert a little from the movie and discuss something that rarely is brought up in reviews: behind-the-scenes politics. Now, I rarely bring up the critical reception of a film in general, as I believe critics should be allowed to speak their minds and I’m too busy reviewing the movies myself to be reviewing the critics. That being said, the dogpiling of this movie feels a bit…I’m going to say ‘rotten’ (if you’ll forgive my choice of words).

Like most animated films, “Luck” didn’t have the easiest of development cycles. It was originally intended to be directed by Alessandro Carloni, who previously co-directed “Kung fu Panda 3,” as his first solo directorial effort. The movie wasn’t coming together as planned though, and Skydance decided they needed a producer to come in and save the movie (as well as steer the company in a stable direction). That person ended up being John Lasseter, who recently left Disney & Pixar after complaints about “inappropriate behavior” (with Lasseter himself admitting to “missteps” in a companywide e-mail). Skydance realized that there was a golden opportunity to have the guy who guided Disney during some of their most successful periods of time help mold their studio. 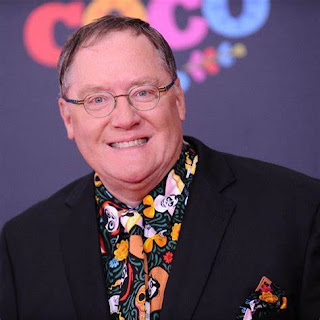 After reviewing the allegations surrounding Lasseter’s firing, they concluded that his transgressions were relatively minor and that he was very hirable. Whether you feel this was a good thing to do or not I’m not here to discuss. Regardless, Lasseter ultimately removed Carloni from the project and replaced him with Peggy Holmes (“The Little Mermaid: Ariel’s Beginning,” “Secret of the Wings”), who shaped “Luck” into the movie we now have. The end result was impressive enough that Apple decided to distribute the film after Paramount Animation got cold feet about it after Lasseter’s hiring (as well as commit to a four-picture deal overall).

Considering all the drama, the final result is much better than I could have hoped for. The thing is, this whole controversy should really be a footnote in most critic’s reviews (or not brought up at all), and the quality of the movie itself should be taking center stage. Yet not only is the movie being maligned for reasons that don’t always make sense, but it also seems like the vast majority of reviews are focusing on whether or not it was “right” of Skydance to hire John Lasseter rather than whether the movie itself is any good. In my opinion, this is punishing the movie unfairly because it reeks of salty tears. Whether or not you feel Lasseter should have gotten a second chance in the movie business is entirely beside the point; what matters is whether or not the movie is any good.

Yet many critics are taking to their keyboards, giving a terse explanation of what the film is about, and then ranting and raving about how Skydance promotes sexism or something like that because the studio hired John Lasseter to produce their movies. Of course Skydance was going to hire John Lasseter: this was the man who directed “Toy Story” and “Cars.” Any animation studio worth their salt would consider hiring him since he doesn’t have any criminal charges against him (and the potential to have “Trains” doesn’t hurt either). Yet absolutely NONE of this should matter in regard to “Luck” itself! What should matter is that the characters in this movie are lovable! It should matter that the animation is colorful and beautiful! It should matter that the movie is enjoyable even when there are moments when you do sense things could be a little bit better.

Yet most of the critics are focused on a man that most people are unaware is even producing the movie in the first place (or what he has been accused of). Is it a critic’s job to be dishing out bad reviews when the movie is good but they disagree with behind-the-scenes hiring decisions? I believe that sort of thinking isn’t fair to the movies being reviewed nor does it result in an honest review for the viewers. “Luck” isn’t a perfect film, but it is far from a bad one and is frequently wonderful to watch. It would have made for a great first theatrical experience for many kids. While I was fortunate enough to see it in theaters, most will be viewing it on Apple TV+ where it is being used as a way to prop up subscriber numbers. 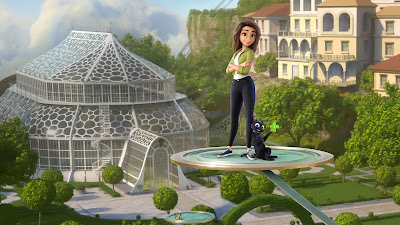 While I believe kids will be missing out on a great theatrical experience, it is great that the cost to entry is so low, and I suspect many kids will be happily rewatching it over and over again. It’s a shame that critics are ignoring their duty as film writers and throwing the movie under the bus for reasons that should not be considered, but such is the world we live in. With a little bit of luck, audiences will ignore these activist ‘reviews’ and discover “Luck” on their own. If there’s one good thing about the direct-to-consumer model is that reviews matter less. Don’t know if that’s bad luck for me and my review, but in this circumstance, I’ll take it.