Andrew Dominik’s “Blonde” is the rare movie that knows what it wants to be from the first frame to when the credits roll. Within minutes of the film opening, we are watching a tragic life unfold in front of our eyes. The film sinks its teeth into the audience and never lets go for almost three hours (even the credits have an air of sorrow about them). It is stylish, emotional, and relentless in how it tells the story of one Norma Jean (Ana de Armas) and her complex relationship with her public persona: Marilyn Monroe. The film is expertly made in every way it sets out to do (and in ways it maybe didn’t intend to). While it’s rare to see a movie so confident in what it wants to do, it’s even rarer to see it done so well and still fail in being something audiences would want to watch. 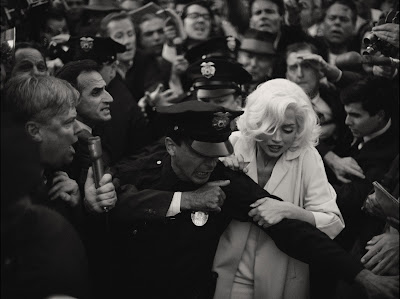 The publicity leading up to “Blonde” has been filled with much controversy. While biopics are still a staple of Hollywood, there is renewed scrutiny about whether they are becoming increasingly reckless in their methods. What right does an artist have to take the story of someone else’s life and “interpret it” the way they see fit? Is it even ethical to set out to make a movie about Marilyn Monroe’s troubled life? A life that, even by this own film’s admission, was one of heartbreak, abuse, and tragedy? Is that an artist telling a story, or is it the exploitation of an actress who should probably be left to rest in peace? These are questions, I must admit dear reader, I am unqualified to answer. 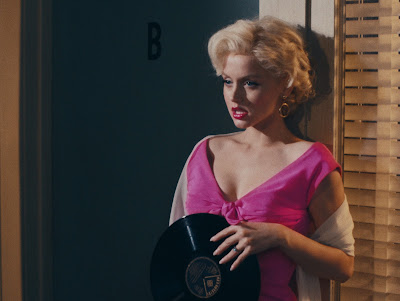 I discuss shots, acting prose, and what film can potentially make us feel. Debating whether or not it’s “ethical” to make such a film is a conversation I am not ready to have (and we won’t be having it in this review). If you aren’t comfortable with the idea behind “Blonde,” then chances are you won’t be comfortable with the film itself. Director Andrew Dominik made it clear that he wanted to show the life of Marilyn Monroe “as it truly was.” He is so serious about this, that the name Norma Jean is said more often than her stage name. 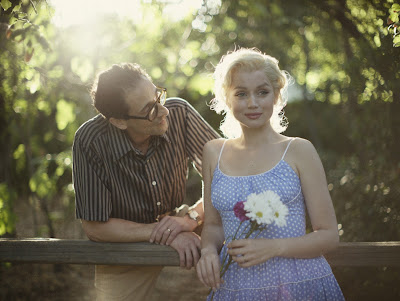 The film opens with Norma suffering child abuse from a mom who is mentally unstable. As she grows up her life is no better. She lucks into the movie business by letting an executive have his way with her and soon the roles are pouring in. She is in high demand for films yet is insulted to discover that she is getting paid less as the title character than some of her co-stars who play supporting characters in the same movie. The ultimate sadness comes from how little joy Norma takes from her life. She walks through Hollywood, sees herself on posters and billboards, and feels she is looking at a complete stranger. 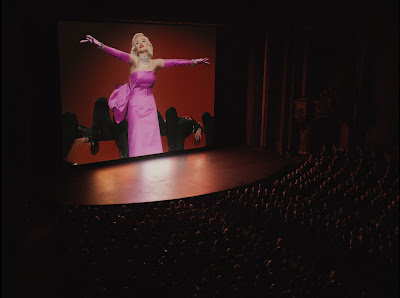 For her, Marilyn Monroe is a character herself; deep down, she is a normal girl named Norma Jean. While Marilyn goes to meetings, gets taken advantage of sexually, and never seems to be happy with any of the movies she’s making, Norma walks through life unlucky in love, with no real friends, and a desire to meet her father who may or may not be writing to her. Confounding the whole story is how all over the place it truly is. There is little rhyme or reason for why certain events produce certain results. The film frequently changes aspect ratios for the camera and seems to randomly go from color to black and white. 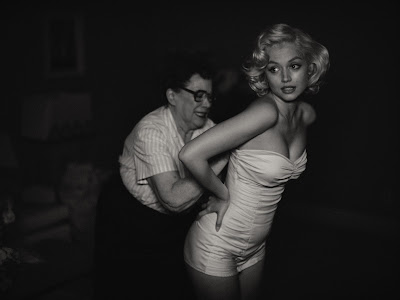 It took me two hours to realize that this style of filming was a visual way to convey that the realities of Marilyn and Norma were constantly at odds with one another, and it was difficult to predict where there would be color and open opportunities, and when her life would feel boxed in and dreary. As I sat and watched the almost three-hour film, I admired more what the director was doing. I admired how this was being filmed. I understood the intent and feel that in many ways he pulled it off brilliantly. What I don’t like is the final result. 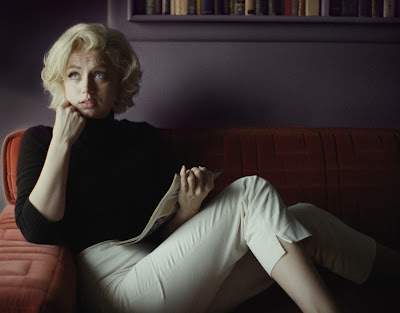 Yes, “Blonde” IS a technical and emotional success story! It’s a movie made by an artist who clearly had a story he wanted to tell. The problem is the story is dark, deeply depressing, and much, MUCH too long! At two hours, I believe I would have been satisfied with the results and could have recommended it to some people. At almost three I was more exhausted to muster much enthusiasm for it. Great movies can take three hours and leave you wanting more. “Blonde” is so relentlessly bleak that I suspect audience members will feel drained long before the credits roll. Despite the lack of explicit sex scenes, the MPA has slapped “Blonde” with an NC-17 rating. 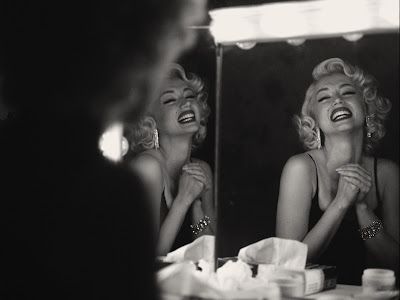 I believe this has less to do with the content and more to do with how the movie leaves you feeling. To the defense of the people who claimed “Blonde” seemed like an exploitation film, I can’t completely argue that point; I felt dirty when all was said and done. Sure, the film brought awareness to how horrible her life was, but…so what? What can I do? Is there anything else to say? Maybe I am just watching a good girl be tortured to death? I had no idea. I like the direction. I like the style choices. Ana de Armas is wonderful as Monroe. When the movie was over though I wanted nothing more to do with it. I sense that was the point, but it’s a pretty lousy point to make if you ask me.