Despite all the claims that 2016 was a bad year for movies (and in general), I have to say that I’ve seen less worse movies in a year than I can remember in a long time.  Only one movie got the dreaded zero stars grade (yet ironically is number two on this list), and few movies dipped below two.  Compared to previous lists this one almost seems…fun, to a certain degree.  Only the top few are truly dreadful and most of these won’t be considered the worst wastes of time in the world.  That said, this is a tradition, and these are still very bad, so let’s get this over with so that we may leave the bad of 2016 behind us for good.  First though, the dishonorable mentions: 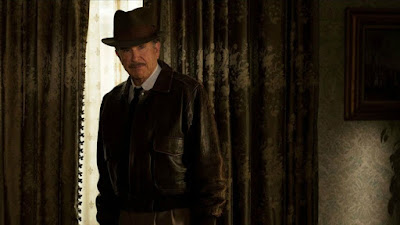 As has become a yearly tradition, the number ten movie on my list might not be one of the worst from a technical standpoint (if you want that movie let’s just say it’s “The Huntsman”), but that it is clearly the most disappointing.  While a movie about Howard Hughes is not something that would normally be a let down, it is when it is starring, written, and directed by the great Warren Beatty, who spent years not making other movies so he could work on this one.  Sadly, that time seems to have been very poorly spent, because this is about as average a result as you can get for something that was supposingly a labor for love for a few decades.  Hopefully it won’t take Beatty another two decades to make another movie (and hopefully it will be more inspired than this one). 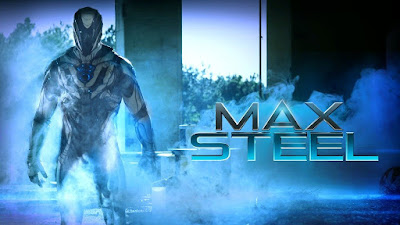 I have no idea who decided this would be a good idea, but the whole effort feels like that of a studio that bought the license to something, forgot they had it, and then made something just to retain those rights.  I mean, it happened with a Fantastic Four movie in 1992.  But give that studio credit: they knew they had to make something to keep the rights, but they knew they didn’t have to actually release it.

For three years in a row a ‘Divergent’ movie has made this list.  They usually pop up higher, but this one is lower because it faced some seriously stiff competition on this list (I know that sounds like a contradiction from earlier, but the few terrible movies we did have were TRULY terrible).  I would normally talk more, but the fact that audiences rejected this installment to the point where the final movie is going to forgo the theaters and be retooled as a TV movie speaks volumes to how far this franchise has fallen (not that it got far off the ground in the first place).


Watching “Storks” is akin to watching a bunch of talented artists coming together to make a movie that runs on a consistent, speedy rail.  For this is a movie that never slows down, never picks up, and runs on one constant speed where characters talk fast and jump around a lot.  There is no heart to this nor is there an ounce of creativity for a concept that is quite clever when you think about it.  Hard to believe the same studio made “The LEGO Movie” just a few years ago.

Now, as I look at my list it dawns on me that there are three video game adaptations on it.  What is especially frustrating is that this movie (and an upcoming choice) had a lot of potential to be good movies.  Not that the popular “World of Warcraft” had much of a narrative that would lend itself well to film, but it had a huge world, expansive universe, and all different sorts of creatures.  Really, the game is the ultimate blueprint for a film maker to create an excellent story around.  And yet the story for “Warcraft” is so by the numbers it’s pretty clear no one was inspired by anything.  Apparently sequels to this are in the cards.  I recommend whoever works on future movies plays the games and realize that the game makers have given them a gift of a sandbox to play with, and if they want to make something great out of it they are only limited by their imagination.

Warner Bros. wants a cinematic universe.  They want what Marvel has.  And they want it yesterday.  That partially explains the huge misfire that was “Batman v Superman: Dawn of Justice,” which bypassed any potentially great story for an almost three hour setup for a future Justice League movie.  They even stooped to actually showing trailers for these future movies in the actual movie!  When audiences finished the movie they walked out wondering how much of an expensive mess one could make out of attempted to jump start a cinematic universe.  Oh, if only we knew what was coming later in the year…

The final video game adaptation on our list may not have had the most potential to be great, but it had the most potential to have something functional. Mainly because the series the movie was based on actually HAD good stories and characters! It was cinematic in its own way. Then they got great actors, writers, and the backing of a company that knew the product inside and out. Everything was THERE for this to work…and yet, it ended up being a confusing mess anyway! Even having played the games I couldn’t tell you in great detail why anything in this movie worked the way it did or why anything was happening. Extra demerits for an absolutely abysmal 3D experience that is so bad you’d think we hadn’t been churning out these types of movies for the last half decade.

3. Norm of the North
Director: Trevor Wall
Starring: Rob Schneider, Heather Graham, Maya Kay, Ken Jeong, Colm Meaney, Loretta Devine, Gabriel Iglesias, Michael McElhatton, Bill Nighy
Studio: Lions Gate Entertainment
Genre(s): Comedy
Rated: PG (For mild rude humor and action)
This was originally supposed to go straight to DVD, but for some reason the studio decided to charge full ticket prices and torture parents by releasing this in theaters. Even kids at the screening I was at were restless at the screening, and there is something wrong when the best actor you can get to headline your movie is Rob Schneider. I know that’s a generalization at this point, but we’re getting to the bottom of this list, and it’s getting hard to justify having seen movies like these in the first place.

Alright you know that thing I said about it getting hard to justify seeing movies this low on the list? “Nine Lives” is the ultimate example of a movie that shouldn’t have been made. It stars Kevin Spacey as a man who gets turned into a cat. Also, Christopher Walken is in this. It sounds like a Satuday Night Live sketch…and somehow it’s a full movie. That got released to theaters. Somehow, me seeing this still feels like someone pulled a really expensive April Fools joke on me. In any other universe, this would be the worst film of the year. And yet, we have something worse. Something that was not only bad, it represented everything wrong with how Hollywood thinks these days. That movie is…

1. Suicide Squad
Director: David Ayer
Starring: Will Smith, Jared Leto, Margot Robbie, Joel Kinnaman, Viola Davis
Studio: Warner Bros. Pictures
Genre(s): Action
Rated: PG-13 (For sequences of violence and action throughout, disturbing behavior, suggestive content and language)
…”Suicide Squad.” Remember how I said Warner Bros. wanted a cinematic universe and they wanted it yesterday? Well, they want it so bad that they not only decided to sacrifice the integrity of the Batman and Superman characters, they decided to make this mess of a movie where a bunch of characters most people have never heard of (sans Joker…who is reduced to a cameo ironically) are thrown together, given random things to do, all with the intention of setting up sequels and a big universe. It’s not only that the movie exists as a soulless consumer product that is designed to sell future consumer products; it’s that the movie maliciously ignores basic storytelling skills, ignores character development, and throws money at the screen in hopes that a special effect will look good. Somewhere in this mess, the characters of Harley Quinn and Deadshot did connect with audiences.

This is despite the film, not because of it. Because these characters connected though, spin-off movies are already planned for these characters. I think this highlights why the movie exists: to see what connected and exploit. There is a saying that God does not play dice with the universe, but Warner Bros. is clearly playing dice with their audiences. They put this together not certain how it was going to work (or even if it was going to work in the first place), but they did so with the intention that if a character or element made an impression, they would spin that aspect off into it’s own franchise. Really, anyone could have gotten their own movie, and this is almost really expensive market research that audiences had to pay to take part in. This movie isn’t good, but then, it was never intended to be good in the first place.

While some may point out that this movie does have some redeeming merits (Will Smith, Margot Robbie, a killer soundtrack), it’s for all the reasons above that I pick “Suicide Squad” as the worst film of the year. It’s not even the movie itself that is the problem (though that is a big part of it), it’s what this movie represents in an industry that clearly doesn’t know what it is doing anymore, and is putting franchising above quality work. These studios aren’t looking to make a fine meal: they are looking to open a chain of McDonald’s in movie form. That is not a future I want to live in, and there comes a day when these are the only type of movies I have to write about, then drag me into an ally and shoot me. It just won’t be worth it anymore at that point.