If there is a bright spot to movies that were bad this year, it's that most of them didn't premier in theaters but on streaming services like Netflix and Hulu.  Movies like "Bright," "Naked," and "Sandy Wexler" would all certainly be worthy to include on a list such as this, but thankfully premiered on a streaming service where valuable additional money was not spent on them, and (most) of them ultimately were quickly forgotten about.  Therefor this list will be limited to the movies that WERE shown in theaters, and which had the nerve to rob us of our time AND money!  First, the dishonorable mentions:

It's hard to believe the Academy Award-winning director of "Ice Age" would fail so miserably in his first live action outing, but here we are.  "Monster Truck" gets props for being an original movie in a year of reboots and sequels, but despite this the film actually feels like it was based on a toy in the eighties, with a concept that feels outdated and stale, while also not being very clever.  The saddest thing is that good actors like Danny Glover and Barry Pepper had to star in this, showing that Hollywood can completely mismanage their talent (though this would not be the worst offense...as you'll find out later). 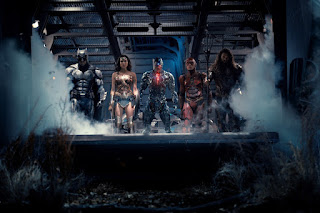 The most interesting thing about "Justice League" as a movie was not in how bad it was (which seemed destined to fail based on how the DC Extended Universe series has played out so far), but to witness fans of the characters want so much for it to be good, that they actually went online to decry us terrible critics for being "out of touch phonies" who wouldn't know a good movie if it bit them in the butt.  The actually reality is that us evil critics are more in touch with what makes for a good movie and what doesn't, and this Frankenstein of a creation certainly doesn't qualify.  I admit that while Zach Snyder's original version was likely terrible, it would have been consistent in its vision, which may have resulted in it avoiding a spot on this list.  However, by bringing in Joss Whedon to make changes after most of the film had been shot, all the studio did was create a visually/tonally/aurally inconsistent mess that tries way too hard to please...well, I don't know who it was trying to please, but even Ben Affleck looked bored to be here.  Many fans may be content to simply be happy the movie exists.  I, however, feels it could have existed in a better form. 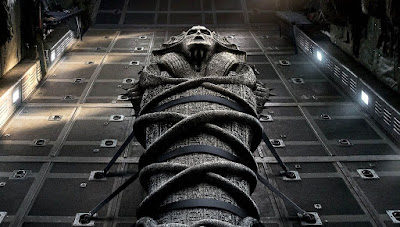 A good rule of thumb is to count your eggs before they're hatched, but it is a rule that many in Hollywood are not heading before diving headfirst into building their own cinematic universe.  Warner Bros. found that Batman and Superman wasn't enough to launch a cinematic universe, and Lionsgate found that planning for four Divergent films was one film too many.  Universal had high hopes for their Dark Universe though.  It was going to be a universe where the Invisible Man, Dracula, and all the classic monsters lived and fought together.  Sadly for them, the first entry was the very generic "The Mummy," where Tom Cruise does a lot of running and not a whole lot more.  Audiences stayed away in droves while those who saw the movie weren't keen on watching eight more if they were all going to resemble this one. 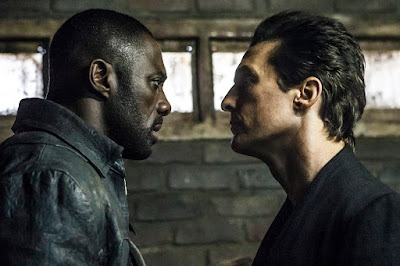 Stephen King's "The Dark Tower" series was long sought after for a potential movie adaptation, as it was considered ripe for franchise potential.  Being one of the best books King has written, many wondered what took him so long to sell the rights.  I am asking that same question, however I am asking after having seen the movie based on the source material, as it is so dull, so void of inspiration, that I can't help but really wonder why it took so long if the final product was so by-the-numbers in the end?  All these years and this was the best they could do?  At least (unlike "Justice League" fans), the audience for this movie accepted that it was terrible and have moved on, so I don't think we'll be talking about "The Dark Tower 2" anytime soon.

Next on our list is (shocker) another attempt at a cinematic universe that failed.  Originally this was supposed to be the start of a six film Arthurian Universe series, but I can't help but wonder why they thought they'd get past the first movie at all.  This is such a brainless, stupid film that is joyless and not much fun.  It has visual effects that cause headaches instead of inspiration, and even Arthur himself isn't any different from all the other summer blockbuster heroes.

Can this be the final Transformers movie?  Please?!  Why do I have to waste three hours of my life on one of these things every two years?  Honestly, there's nothing more I can say about these movies at this point.  Robots come to Earth and blow things up for three hours.  These scenes are broken up by scenes of Mark Wahlberg.  *shrugs*

If there was one thing the world could unanimously agree on last year (other than how awesome the Nintendo Switch was), it is that "The Emoji Movie" represents everything wrong with movies today.  It represents the most bankrupt of ideas and most desperate of attempts to sell products to an audience that is first and foremost paying to be entertained.  In a year of bad experiences, you'd think the movie where the main characters must hack into Dropbox to save the day (and fly on the Twitter bird to surf in cyber space) would be the worst experience you'd have all year.  But, ho boy, that just goes to show just how bad this year really got.

3. 9/11
Director: Martin Guigui
Starring: Charlie Sheen, Gina Gershon, Luis Guzman, Whoopi Goldberg
Studio: Atlas Distribution Company
Genre(s): Drama
Rated: R (For language)
I'm not normally one to judge a movie before it's seen, but when I heard in advance that the director actively sought out Charlie Sheen to star in this drama about the real life tragedy...well, I knew something was bound to go wrong.  This is a movie that makes the tragic mistake of trying to convince the audience that out of thousands of people who are dying on screen, all that matters is saving a few people who are trapped on an elevator.  Surely, THESE are the people worth caring about above all others!  Also, I have to admit, it rubs me the wrong way to be making fake stories based on this event when there are literally thousands of personal stories from real people that you could make a movie out of (all of them more interesting than this "fictional" one).

2. Snatched
Director: Jonathan Levine
Starring: Amy Schumer, Goldie Hawn
Studio: 20th Century Fox
Genre(s): Comedy
Rated: R (For crude sexual content, brief nudity, and language throughout)
The sad thing about "Snatched" is that had it not starred Goldie Hawn, I might have honestly forgotten about it when it came time to wrap up the year.  The fact that this incredibly talented, Academy Award-winning actress was dragged out of retirement to make a bunch of boob jokes rubbed me such a wrong way that it secured a spot on this list.  After going through everything (and sampling it a couple more times on Netflix) it dawned on me how truly awful this was.  Like "Suicide Squad" from last year, seeing truly talented people completely wasted on trite and really elevate how miserable a movie going experience is.

We now get to the worst film of the year.  I would normally take this time to express my extreme distaste for the movie and how much I disliked it (and I did), but an interesting thing happened before I could make this list: Harvey Weinstein was caught in a sexual abuse scandal.  Following this other prominent figures in Hollywood found their careers in shambles after they received sexual assault allegations of their own.  The #MeToo movement began and the Golden Globes was basically one long commercial for the new Times Up movement, which is meant to fight for less oppression and more opportunities for women in Hollywood.  What fascinates me about all this is the culture shift.  "Fifty Shades Darker" was released before the scandals broke, and while the movie is certainly bad, it didn't enrage anyone.  The world has changed a lot in a year, and all of a sudden a movie where a woman is emotionally manipulated and abused in a relationship comes off as not only bad, but outright offensive.

For the record, I always found the idea behind this franchise to be abhorrent in every possible way.  It is immoral to the ninth degree.  What is going to be interested going forward is if the cultural shift is going to result in the final film being a hit or a failure.  Will women turn on "Fifty Shades Freed," or will it, too, be an unquestionable success?  If it is, does that say anything about how little the world has learned from the past few months?  Does it mean the culture shift is more of a fad to follow at the moment?  I have no idea.  For that we will actually have to return next year for a follow up (as I'm sure the final film will be somewhere on this list again).

I know that's a strange way to end the list, but it WAS a strange year!  Thanks for reading, and may we all forget these movies existed in favor of better ones in the coming months ahead!